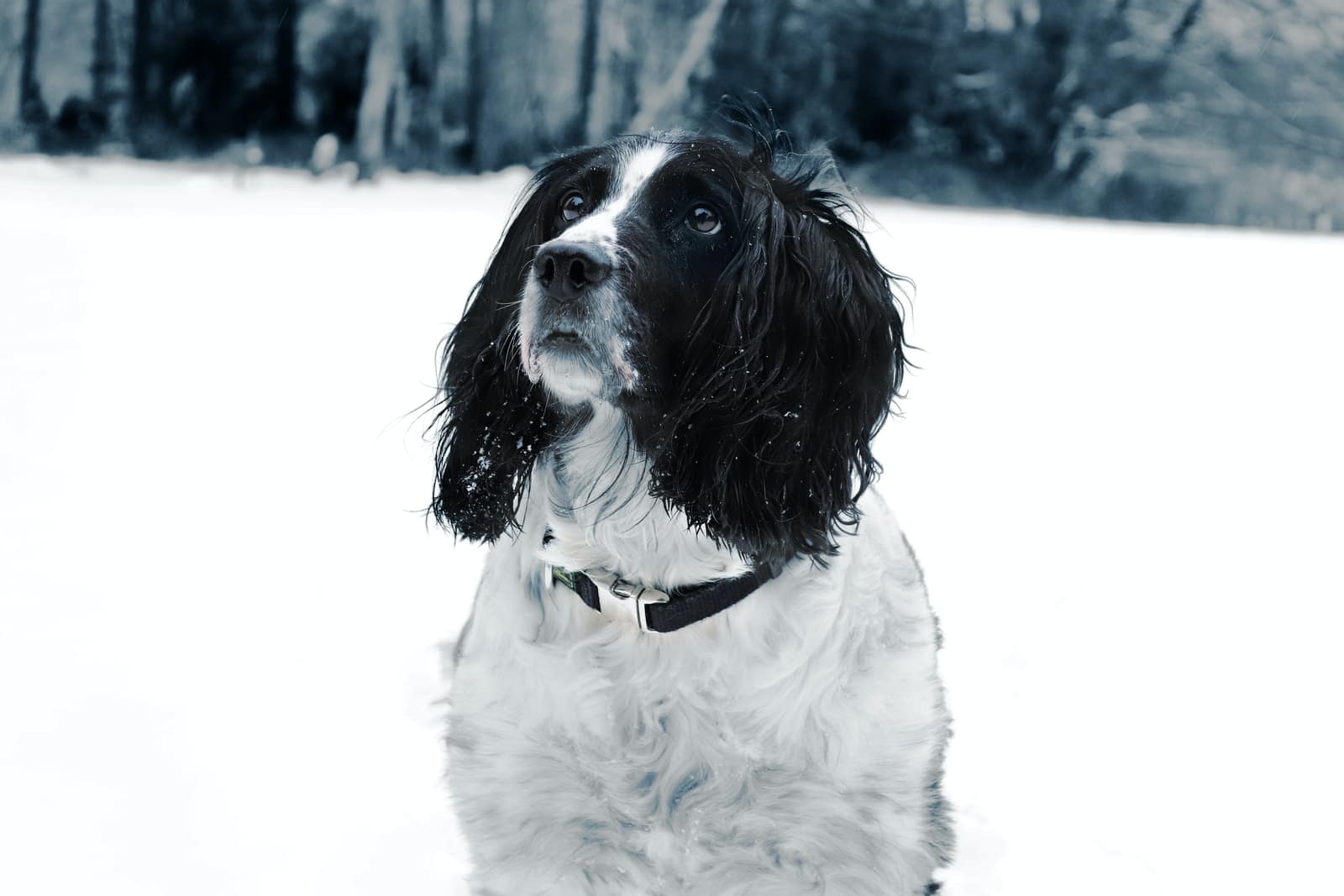 Is it possible for animals to forecast the weather? You’ve probably heard the countless myths, folklore, and legends about animals that can forecast the weather. Punxsutawney Phil, the groundhog that predicts when spring will arrive every February, is, of course, the most renowned animal meteorologist.

Are these rumors real or not? Is it possible for certain animals to forecast the weather? With 12 different animals that are supposed to have weather-predicting powers, we’ll separate fact from myth for you.

Why can animals detect weather changes?

Cats are known for their sensitivity, and many people believe that this heightened sensitivity allows them to foretell thunderstorms and bad weather. The senses of a cat are far superior to those of humans. As a result, they can sense a decrease in air pressure. Cats’ enhanced hearing allows them to hear thunder that is still far away. Experts also believe they can detect the metallic stench that happens in the atmosphere just before a storm. Cats may be able to detect the distinctive aroma of rain.

Many people believe dogs can anticipate weather, which explains stories of dogs warning families of imminent dangers such as tornadoes or hurricanes. They may behave in a variety of ways, from barking ferociously to whining and attempting to hide in a safe place, like as under the bed or in the closet.

When dogs detect environmental and atmospheric changes, such as a drop in pressure or the electricity in the air before a storm, they may act abnormally. They also have a far superior sense of smell than humans, allowing them to detect an approaching thunderstorm before it occurs.

Perhaps you’ve heard the adage that when cows lie down, rain is on the way. When a cow tries to scratch its ear, it signals a shower is on the way. Researchers wanted to see if this notion was true, and they discovered that it is. Cows lose heat as they stand up, so when the air temperature drops, they lie down. You might want to put on a raincoat the next time you see a herd of cows lying down in their pasture.

Another approach to forecast an impending shower or thunderstorm is to observe the behavior of birds. Birds flying low to the earth are said to signal bad weather in folklore, but this may not be true. Instead, if you notice unexpected migrations, a large number of birds perched on power lines, or seagulls flying in from the ocean, you should expect a rainstorm. Birds can hear infrasound, which is an extremely low frequency that humans cannot hear. Their enhanced hearing allows them to hear storms approaching from hundreds of kilometers distant.

The common toad is another animal that is said to be able to foresee the weather. They are supposed to be able to foretell natural calamities in particular. A catastrophic earthquake struck L’Aquila, Italy, in April 2009. A colony of toads in a pond near L’Aquila started disappearing in droves five days before the earthquake, then they reappeared a few days afterwards. Experts don’t know how the toads anticipated the impending tragedy, but they believe it has something to do with changes in the Earth’s magnetic field and the amount of radon gas in the groundwater.

Sheep, according to some societies, are another animal that can foresee the weather. People in Iceland, for instance, believe that if the sheep begin to urinate more frequently, it is a warning of impending rain, and that brilliant yellow urine indicates a sunny and bright day. It’s uncertain whether or not this wives’ story is true. Another method sheep are said to be able to predict the weather is when they begin to headbutt each other, which indicates strong winds.

The groundhog is by far the most well-known animal for its ability to forecast the weather. People travel to Pennsylvania every year on February 2nd to see if Punxsutawney Phil would predict six more weeks of winter or an early spring. Unfortunately, it appears that Phil is only right about 39% of the time, so the jury is still out on whether groundhogs can predict the weather. But there’s no doubting that seeing Punxsutawney Phil and engaging in the festivities thereafter is a lot of fun. That alone should persuade you that groundhogs make excellent meteorologists!

These tiny amphibians are extremely vulnerable to changes in the atmosphere and temperature, particularly global warming. Because frogs require water to survive and lay their eggs, they are more likely to reproduce successfully after a good rainstorm. As a result, frogs may croak their mating calls louder just before a good rain, which provides them with the moisture and space they require to lay eggs.

Ladybugs don’t simply bring good fortune—they also seem to be able to foretell the weather.  These beetles emerge from their hiding places in the garden when the weather warms. Beetles will hide under tree bark as the temperature dips just before a heavy shower.

Woolly bear caterpillars, according to legend, can tell how terrible the forthcoming winter would be by the colors on their bodies. You’re in for a long, cold winter if there’s more black than brown. A moderate winter is indicated by caterpillars with a big brown central band and little black bands at the end.

Sorry, but this is a myth. Woolly bears’ physical hue has nothing to do with the weather. Color changes are caused by factors such as age, nutrition, and species. In addition, molting seasons cause the colors to shift into a new pattern.

Sharks are another type of creatures that can sense the weather. By studying and following a small population of sharks, scientists were able to prove this. When Hurricane Gabrielle was set to hit in 2001, blacktip sharks in Florida reacted to the storm’s lowering barometric pressure. The sharks swam into considerably deeper water, which gave them more security. Sharks, it appears, can foresee the weather.

Ants’ extraordinarily sensitive antennae can detect minute chemical traces in the air as well as detect changes in the atmosphere. There’s no way to know for sure if ants can sense severe weather or not because there’s no credible scientific data to back up this claim. Some ant species that dwell on flood plains, on the other hand, may build levees around their nests with massive mud walls roughly 24 hours before a severe rainstorm to channel water away from their colony and prevent flooding. During floods, fire ants band together to form a ball that can float for days or even weeks on the water’s surface.

Cricket is another weather predictor with a scientific background. According to the Farmer’s Almanac, scientist Amos Dolbear’s paper “The Cricket as a Thermometer” revealed the association between the ambient temperature and the pace at which crickets chirp.

It was published in 1857 and gave a formula for determining what those chirps signified. Count how many chirps you hear in 14 seconds, then multiply by 40 to find the approximate temperature outside. The outside temperature is probably approximately 70 degrees Fahrenheit if you hear 30 chirps. Here’s why crickets, cicadas, and other insects are so loud.

The BBC wonders if “trout jump high, when a rain is nigh” is true or not. Maybe a little of both. Changes in barometric pressure can be felt by both species that live underwater and those that live in the sky, it turns out.

When rain is ‘near’ or impending, low-pressure systems often occur and cause plant particles stuck at the bottom of a lake to rise.  Microscopic creatures are distributed in the water as a result, providing food for little fish. The smaller fish, in turn, feed the larger fish.” When this occurs, many fish, including trout, increase their leaping activity.

According to the Old Farmer’s Almanac, insects, like birds, are the best weather predictors, and for similar reasons—namely, the pressure-system shifts that restrict birds from flapping. So, if you peek out your window and don’t see the typical pollinators, you’re right to believe that climate change is lowering species diversification once again.

A low-pressure system, on the other hand, may have sent these tiny fliers looking for cover ahead of a storm. In case you were wondering, this is where all the honeybees go to hibernate over the winter.

You’re probably not thrilled to discover spiders in your home—though you should be! Not only do they catch and eat a variety of bothersome creatures, such as mosquitoes, but they can also predict the weather. Spiders seek protection in your lovely, toasty home when the weather outside is likely to become frigid, according to National Geographic.

Black widows, on the other hand, are a reason for concern. These arachnids despise being outside in the cold, so be sure the house spider that’s taken up residence in the darkest areas of your home, such as your closet or basement, isn’t deadly.

Elephants have better hearing than humans, and they can hear sounds that we can’t. Scientists believe that if an earthquake occurs, elephants may be able to hear it from a vast distance and feel the vibrations through their huge feet. This serves as a warning to the elephants that it is time to seek higher and safer terrain.

Is it possible for animals to forecast the weather? Despite all of the history, myth, and tradition, scientific evidence reveals that certain animal species can forecast weather, such as impending rainstorms or even natural disasters. Although not every animal or insect on our list is an expert meteorologist, it’s a lot of fun to imagine. Don’t forget your umbrella the next time your animal pet begins behaving strangely!