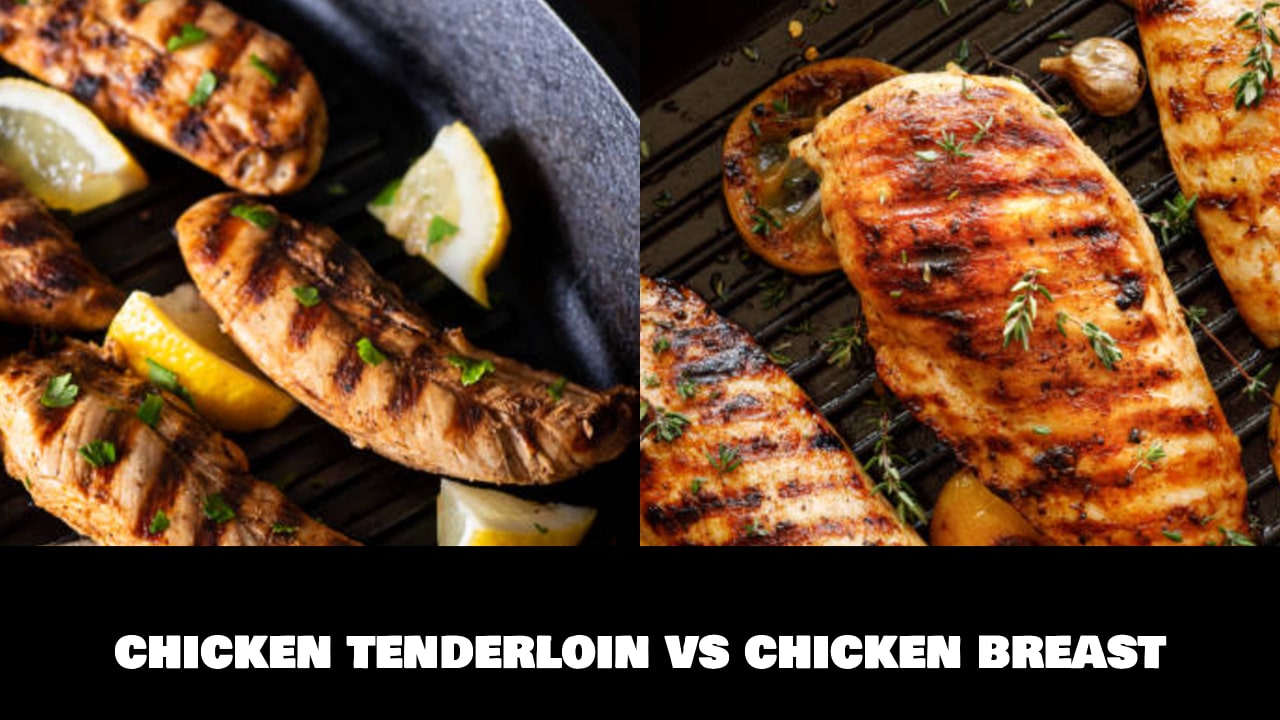 Have you ever been unsure whether to choose chicken tenderloin or breast? The ribs and bones hold them together but are frequently sold separately. If you don’t cook chicken often, it’s easy to make a mistake at first glance.

What is chicken tenderloin?

Chicken tenderloin is the meaty part of the chicken hidden behind the breasts. Only when the bone is taken away from the breast can you see them. The two small muscles that make up chicken tenderloins are called the pectoralis minor.

There are two tenderloins on each chicken. You can gently pull the thin, long pieces out of the breastplate. They are pretty small so you might miss them.

What is chicken breast?

The chicken breast, which is generally chopped in half and served separately, is located next to two tenderloins on the plate. Lean meat can be rough and dry if it isn’t cooked properly. The versatility and nutritional value of chicken breast make it a popular ingredient. It’s a popular choice for athletes because of its high protein content and low-fat content.

Boneless chicken breasts are more popular than bone-in chicken breasts because they are easier to prepare and have a wide range of cooking options. On the other hand, the bone-in cut is regarded as tastier and less expensive.

Even though the chicken breast and chicken tenderloin come from about the same parts of the chicken. They are still different. Here are some of these:

Meanwhile, the chicken breast will be more substantial at one end and begin to thin down at the other. No matter how you slice it, it’s a crucial portion of the animal because of its size and the abundance of tender, delicious meat it contains.

The chicken breast and tenderloin taste similar, so it will be hard to tell them apart. But tenderloin is soft, so it needs to be cooked with that in mind. If you cook it too long, you might end up with dry chicken. Moreover, its color is a bit darker, leaning on peach. Meanwhile, the chicken breast is better for grilling.

Nutritional content is a common concern among the general public. For people with cardiac conditions, it is worth noting that tenderloin has a high sodium content.

Although chicken breast is low in calories, it packs a nutritional punch with a wide range of vitamins and minerals. Zinc, vitamin B-6, vitamin D, and calcium are among these, while tenderloin, on the other hand, has only a few of these nutrients.

In general, a serving of chicken should be about 4 oz. The table below shows how many calories and other nutrients are in tenderloin and breast for a portion of 4 0z.

Is it possible to use chicken breast for tenderloin and vice-versa?

Some recipes call for the use of both cuts, so long as you aren’t too finicky. These foods will necessitate special preparation and cooking. Marinate the chicken tenderloin for a longer period than the breast to get the best results.

How are chicken strips and chicken tenderloin different?

Chicken strips are another name for chicken tenders. The word “strips” can describe any part of the chicken cut into thin strips. Most of the time, the chicken breast is the best part to use to make “chicken strips.”

So, the main distinction between the two is that tenderloins are a specific muscle along the breastbone, while chicken strips are just strips of chicken meat.

Chicken breast or Tenderloin, which is healthier?

As a protein-loading, muscle-building, and nutritionally-rich meat, chicken breast is your greatest option. Breast meat is higher in protein and lowers in fat. Hence, it is a healthier option than tenderloin in terms of nutritional value.

Even though the chicken breast and the smaller tenderloin muscle are slightly different, you can use either. As long as you know the difference and are willing to make the necessary changes, the results should be good either way.