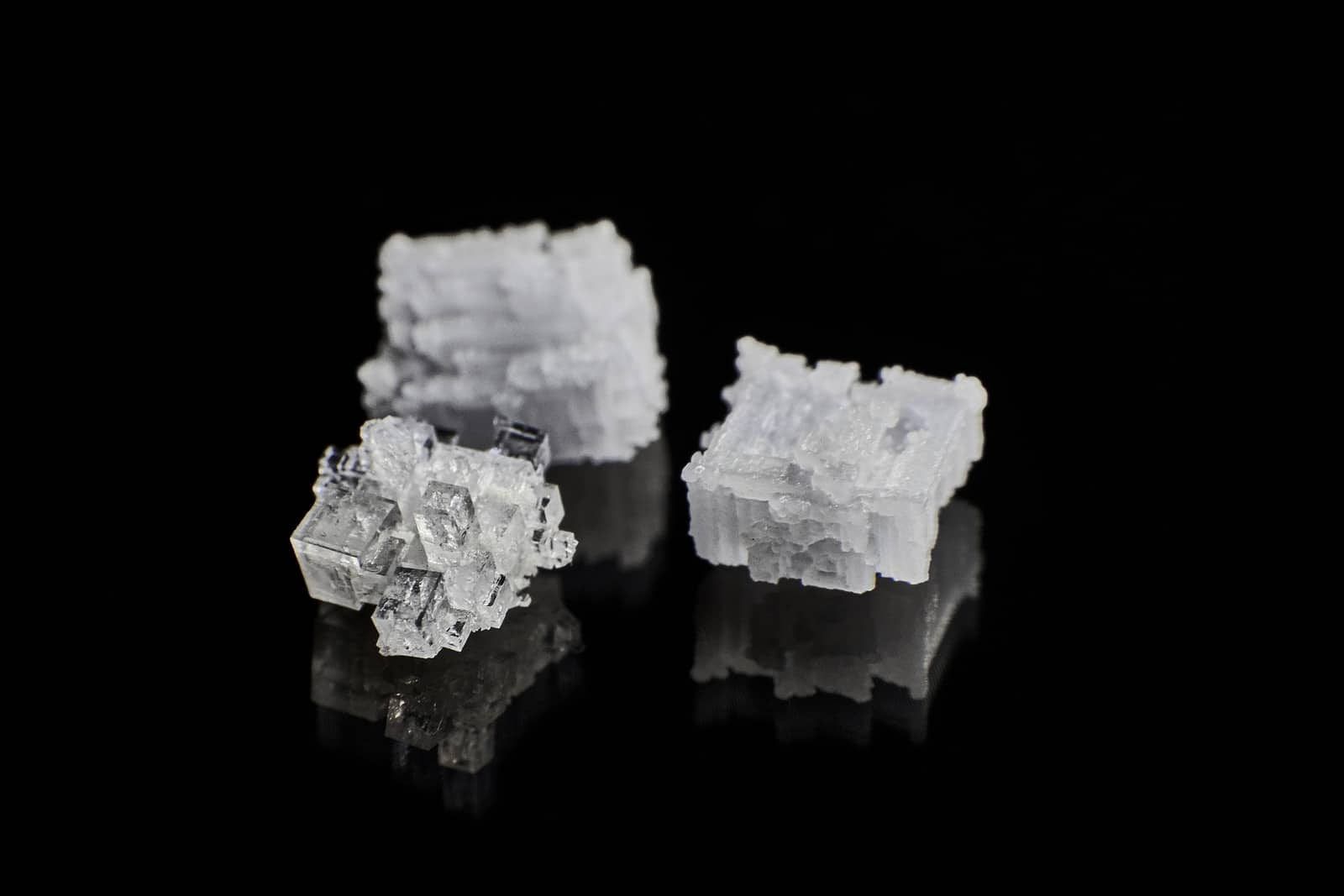 Sea salt is a taste enhancer as well as a life-sustaining nutrient. Consequently, salt may be found in almost every kitchen. But, of course, we all enjoy a little salt, and while it’s true that salt has a long shelf life, some salts do expire.

Have you ever wondered if the salt you have is going bad? You may have never given much attention to the long-term stability of salt. Table salt comes in various forms, some of which are iodized and others are not. As a result, its shelf life depends on your salt type. This article provides the information you need on salt expiration and storage tips.

Dr. David Murray Cowie addressed the iodine shortage in several diets in the 1920s. The solution to this is to iodize salt. As a result, salt-containing iodine is now used in 70 percent of households despite many people not knowing they’re doing it.

Iodized salt has a lower shelf life than Non-iodized salt. Air, moisture, and other environmental variables degrade the long-term stability of iodized salt. The iodization status of the salt may be determined by looking at the package.

Check the label to determine whether your salt has been “iodized” or had iodine added to it. Iodized salt has only around a five-year shelf life. Meanwhile, sea salt and kosher salt have an indefinite shelf life.

Different types of salts have different “expiration” dates. This is because of their varying texture and composition, among others.

As long as you keep it in an airtight container and don’t use too much, lite salt should remain fresh for many years.

Iodized salt, another name for table salt, is a highly refined version of the original salt. To make a fine powder, it is pulverized. This process purifies the salt. Additionally, this treatment tends to remove much of the mineral content. Because its ground so finely, it tends to cluster together. Manufacturers add items like iodine and anti-caking chemicals to prevent clumping.

Table salt contains iodine, which might affect the product’s shelf life. The presence of iodine can shorten the shelf life. Iodine has a five-year shelf life on average.

However, even after this period, the salt is still safe. The iodine depletion is the sole difference. Salt’s iodine content is critical for those with certain iodine-deficient medical conditions, such as thyroid diseases. Such individuals should have their iodized light salt replaced every five years.

Specialty salts like kosher salt are hard to come by. The biggest difference between kosher and regular table salt is that the flakes are bigger and coarser. The greater flake size of kosher salt allows it to be dispersed by hand or even dusted with the tips of your fingers.

The iodine-free kosher salt has a somewhat different impact when used in cooking. Again, meat is a good example of this. To meet kosher requirements, meat must be cooked with kosher salt because of its texture and coarseness.

Moreover, there are some subtle differences in texture and flavor between kosher and regular salt, but these differences aren’t noticeable when it’s cooked into anything.

In terms of additives, traditional table salt is fortified with additives; kosher table salt isn’t. Iodine is unlikely to be present. Table salt’s shelf life is shortened by iodine. Therefore, it is advised that kosher salt be used up within five years of the purchase date. This does not mean, however, that the salt is spoiled. Because iodine is absent, the product’s shelf life is virtually limitless.

Traditional table salt has fewer minerals than Himalayan salt. Himalayan salt has grown in popularity as a healthier alternative to ordinary table salt because of its numerous health advantages. These two forms of salt have a relatively similar chemical makeup in general.

However, salt from the Pink Himalayan Mountains may include other minerals such as potassium, magnesium, or iron. Meanwhile, table salt may have a reduced sodium concentration.

In contrast to regular table salt, Himalayan salt does not include added iodine. Because of its lack of iodine, Himalayan salt may be stored forever, provided it is properly stored. Ensure it’s kept in a cold, dry place away from moisture.

Another common salt is sea salt. The natural salt in salt water is used to make sea salt. When seawater evaporates, it leaves behind a salty residue as a byproduct. Sodium chloride is the primary component.

However, it can also include trace minerals and even seawater contaminants. Salt from the sea, including kosher and Himalayan varieties, is more likely to remain fresh for a longer period than regular table salt.

The lack of iodine and other chemicals in typical table salt makes sea salt a popular alternative. Instead, it may contain iron, zinc, and potassium, depending on where it comes from and who provides it.

Sea salt is coarser than table salt, with the former being finely powdered. Although the flavor may be a little more pronounced than regular table salt, it’s often preferable because it doesn’t include the additives that table salt contains. When properly preserved, sea salt may last indefinitely. Just make sure to keep it in a cold, dry place.

There are a variety of coarse salts that may be used to create Margarita salt. Sea salt is the most common ingredient in margarita salt. To make their margarita salt more eye-catching, several companies color their salt. However, its dye may fade over time, particularly if exposed to light and air.

Salt going bad depends on your definition of “yes” and “no.”

Salt can inhibit the growth of germs and fungi in meat and other foods. Bacterial, fungal, and microbial development is the only cause of food spoilage. That is why salts have been around for a long time and were utilized in ancient times to preserve food.

Salt is hygroscopic, which means that it absorbs moisture from the air. In other words, it forms clumps. When you’re cooking, it will ultimately draw moisture from the steam and absorb it. Therefore, salt should be stored in sealed containers to avoid clumping.

Anti-caking agents and iodine are used in refined table salts to improve taste and health benefits. However, the flavor and texture of table salts containing additions can deteriorate with time, even though natural salts will never go bad.  Moreover, moisture and metal ions can also degrade the flavor of food. Because of these factors, table salts have a shelf life of around five years.

What causes salt to become yellow?

Table salt may become yellow and clump together as it ages, making it appear as though it’s going bad. If you see this, the salt’s iodine content has depleted and reverted to its more natural hue. No need to worry because salt is still safe to use in food.

Will salt lose its flavor and saltiness over time?

Salt doesn’t lose its flavor or saltiness when it’s unprocessed. Because it is so stable, unlike spices, it will not lose its flavor or deteriorate with time.   Consumable salt is a mineral combination made up of sodium and chloride that may be used in cooking and baking (NaCI).

However, chemical contaminants may cause salt to lose its taste in certain circumstances. Reasons could be there may have been a material left behind that resembled salt but did not taste like it since it had been absorbed by humidity and evaporated. Moreover, taste abnormalities that impair one’s capacity to discern salty in food can also lead one’s taste buds to overreact to it.

How should salt be stored?

Wasted salt might be the result of improper storage. Hence, the appropriate storage of natural salts, even though they won’t go bad, is nevertheless necessary. Salt is hygroscopic. This implies that salt can both attract and absorb water and smells. Salt clumps when it is exposed to moisture. It’s best to keep salt away from any source of water.

Moreover, salt absorbs the steam and aromas from cooked food, which can alter its flavor. Store salt away from sources of odor or moisture in an airtight container or cabinet to avoid this. The quality of your salt can also be harmed if you keep it too close to the stove, despite its convenience.

Can I freeze salt?

The chemical reactions that cause organic food to break down are slowed when frozen, making it survive longer in the freezer. However, because salt is non-organic, there are no processes to slow it down; thus, freezing salt is pointless and harmful to your salt and other frozen food.

Ice can’t withstand the heat of salt. Rock salt is used to thaw frozen streets because the chemicals that makeup salt absorb and break down water, including ice. To prevent this, you should avoid placing ice in your freezer. Any spilled ice will react with the ice on your frozen food and begin to thaw it.

Moreover, keeping salt in the freezer or refrigerator can modify the salt’s scent since it absorbs the flavors and aromas of whatever it is stored with. Therefore, an airtight container or unscented food in your freezer would have to be used as a solution to avoid this problem.

Can I thaw salt?

Due to salt’s inability to be frozen or thawed, the mineral cannot be stored for long periods.

Is salt unusable after a certain point in time?

It does not go bad because Salt is a preservative in and of itself and can even be used to preserve other foods. Hence, Natural salts (not iodized) are virtually indestructible since they are a common mineral.

Salt is obtained from natural habitats and undergoes just a little processing before it ends up in your meal. Its current condition has endured millions of years so that it can survive in your cupboard for years.

Bacteria, fungus, yeast, or other microbial development is the primary cause of food spoilage. This can only happen if there is water in the area. Adding salt to the water will cause it to evaporate, creating an environment that inhibits the development of microbes.

Why does salt have a “best by date”?

Anti-caking agents and other flavorings are common additions to many salts. When the salt approaches the “best by” date, it can clump or lose its efficacy. The “best by” date is usually printed on the container of table salt purchased at the supermarket.

This is a long way off, so plan accordingly. No need to worry about the “best by date” label since it’s OK to use expired salt because it retains much of its flavor even after the expiration date has passed.

Salt is a key ingredient in many meals, providing taste and nutrition. As you might expect, natural salts have a long shelf life and will keep your food tasting great for many years. Unfortunately, most salts have an indefinite shelf life due to the natural preservatives they contain. On the other hand, Iodized salt has a limited shelf life but is still useful for many years.

Certain salts may contain extra flavorings or cooking aids. Therefore, it’s always best to check the “use by” date and see what the company recommends. Salt may begin to clump or lose much of its different taste beyond its “use by” date, but it will still be safe to consume.

In terms of storage, salt must be maintained in a dry and odorless atmosphere. Otherwise, it may begin to take over the surrounding environment.