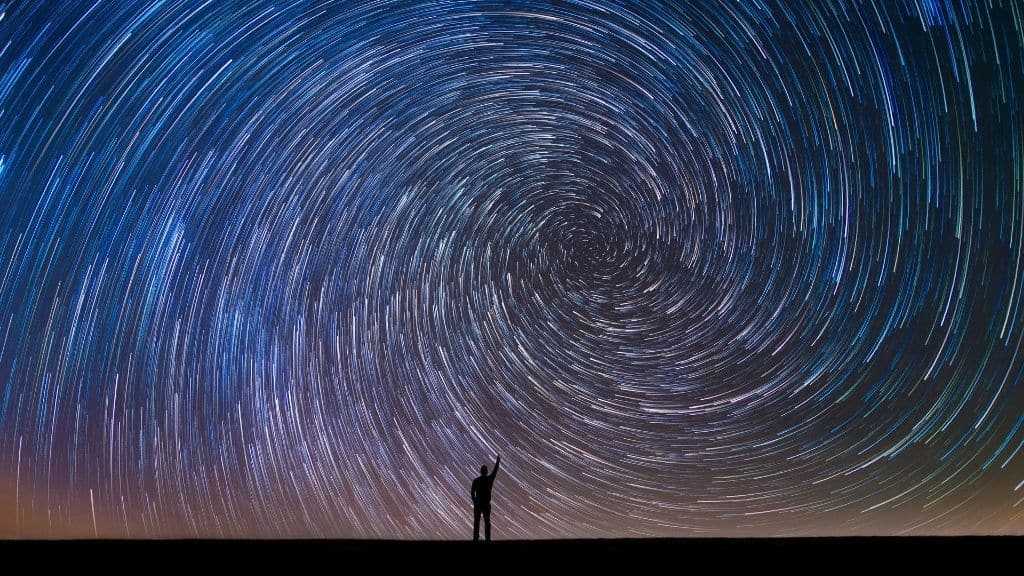 The first thing an amateur astronomer asks when looking up at the sky is: “How far can we see into space without a telescope?”

Scientists have theorized that we can see somewhere between 5000 and 10,000 stars in space without a telescope.

Although this may seem like a common question, the answer to this can be very intriguing. The distances between celestial objects are tremendous, and we can only fathom a tiny portion of space with our naked eyes.

Stick around and read through the entire article to find an answer to this fascinating question.

What Are The Factors That Limit The Visibility Of Space?

Every human being at some point in their lifetime has pondered upon what lies above their heads. When we look up at the sky during the day, all we see are clouds and blue skies, but when the sun sets down the horizon, the night sky reveals a brilliant aura of shiny objects and stars that perplex our thoughts.

Space illuminates with planets and bright stars, and the best way to observe this is from atop the hills of the quiet countryside, far away from the hustle and bustle of the cities. Cities are filled with light pollution which vastly limits the visibility of the night sky, so it is best to observe space in a dark open field where no artificial light could hamper your experience.

The power of your eyesight is another important determinant that can make the difference between observing a few planets and witnessing giant stars far away from Earth. A young person in his mid-twenties or thirties can see far more objects in space than an old man in his late sixties.

How Far Can We See Into Space Without A Telescope?

Although space is a vacuum, there are billions, if not trillions of objects that exist inside this three-dimensional phenomenon known as space.

Without the assistance of a telescope, we are vastly limited to see the celestial objects in space as our naked eyes can only do so much. Scientists have theorized that we can see somewhere between 5000 and 10,000 stars in space without a telescope, so even if we have limited vision, we can witness an impressive amount of space just with our bare eyes alone.

Objects in space are millions of miles apart from Earth. That is why, with the unaided eye, we can see planets from within our solar system only. Planets, such as Earth, don’t have a light source, unlike stars which can generate their light. That is why distant stars are more likely to be visible from Earth.

When you stand at sea level, you have an altitude of two meters from the ground and the horizon is just about 5 km or 3 miles away from you. If the objects are taller, such as skyscrapers and mountains, then we can see distant objects that are further apart from us.

Then again, if you are high up in the sky, you can also more distant objects due to your greater altitude. For example, when you get to an altitude of 20 meters, your horizon stretches up to 11 km. When you change this equation to the night sky, you can see objects from even greater distances.

The Moon is 3, 85,000 km away from Earth, and although this may seem like a large distance, we are able to see the Moon in all its glory from our vantage point on Earth. The Sun is 1.5 million km from us, but we can still see it with our naked eyes.

What’s more astonishing is that the most distant object that we can see in our solar system is the planet called Saturn, which is 1.5 billion km away from Earth! When the night sky conditions are at their most optimal point, i.e. when it’s very dark outside, we can see stars that are light years away from us.

What Are The Furthest Stars You Can See In Space?

Sirius is a bright star that is 8.6 light years away from us, and when conditions are very dark, we are able to witness this magnificent star without any assistance from a telescope.

A light year is simply a unit used to measure the astronomical distance light travels in a year, which is about 6 million million miles! So when you hear about a light year, know that it is mind-bogglingly far away from Earth.

The most distant star that we can observe with our unaided eyes is Deneb which is about 1500 light years away from us. Due to the sheer distances, we are able to see the past when we observe the night sky. This is because as light travels through these gigantic distances, many years may have elapsed on the host star.

So, some of the stars that we are witnessing right now may have exploded and died as a result currently, but the light emitted from that event is yet to reach us. It is truly fascinating when you come to think about space.

There was a famous supernova, known simply as SN 1006, and this was the brightest flash ever witnessed from Earth. It happened some 7200 light years away from Earth and was recorded in the Middle East, Japan, and China.

The nearest galaxy from us is called the Andromeda Galaxy, and it exists some 2.6 million light years away. When you look at it with your bare eyes, it will appear as a very fuzzy blob in a dark sky. The human eye is capable of seeing stars at a magnitude of 6.5 or greater, which works out to about 9000 stars.

The reason why we use telescopes or binoculars to observe the night sky is because of its greater magnification capabilities. So, if you are in the mood to cheat a little bit with a set of binoculars, you can see stars with a magnitude of 10 and greater, which means that you will be able to see very faint objects that are not visible to the naked eye.

The Hubble Telescope uses a technique called gravitational lensing which helps it to see galaxies that are incredibly far apart from us, where the light emitted from such galaxies just hundreds of millions of years after the Big Bang happened. Mind you – the age of the Universe is thought to be 13.77 billion years, so this figure is very tiny in the cosmic scale of events.

If you were able to see light from other wavelengths, you could see different objects from even further distances. Fortunately, the atmosphere of the Earth blocks out the harmful Gamma and X-rays, and we are very sensitive to such harmful forms of radiation. Thus, it is a good thing that our organs are protected from it!

If you were able to see into these spectrums, you could see celestial objects exploding from billions of light years away from us.

And what if you could see into the radio spectrum? Then we would be able to witness the cosmic microwave background radiation which is a phenomenon that surrounds us across all directions, and it is the thing that marks the edge of the observable universe. Thus, nothing would be invisible to us anymore.

When you turn on your television and witness some static on the television screen, this is the phenomenon known as cosmic microwave background radiation, the remnants of the Big Bang explosion which started time itself.

Wouldn’t it be cool to be able to see into the radio spectrum? Unfortunately, it is not possible.

The brilliant lights emitted from these magnificent celestial objects have made us stargaze again and again in search of the answers. Whenever we look into the unknown, we discover something new which furthers our understanding of our place on Earth and in space as a whole.

We are observing the past every time we look up in the night sky. Even with our limited senses, we are able to fathom the vast expanse of space. When you read through this article, you will now be informed on this matter in a more nuanced manner.

Space truly is a source of wonder, and you don’t need a fancy pair of binoculars or telescopes to appreciate its true glory. Just make sure to stay away from all the street lights and find someplace quiet and serene which will help you to get in tune with the space around you.

And obviously, wait for the dark skies to witness all the extremely distant objects that would otherwise have not have been visible any other time.