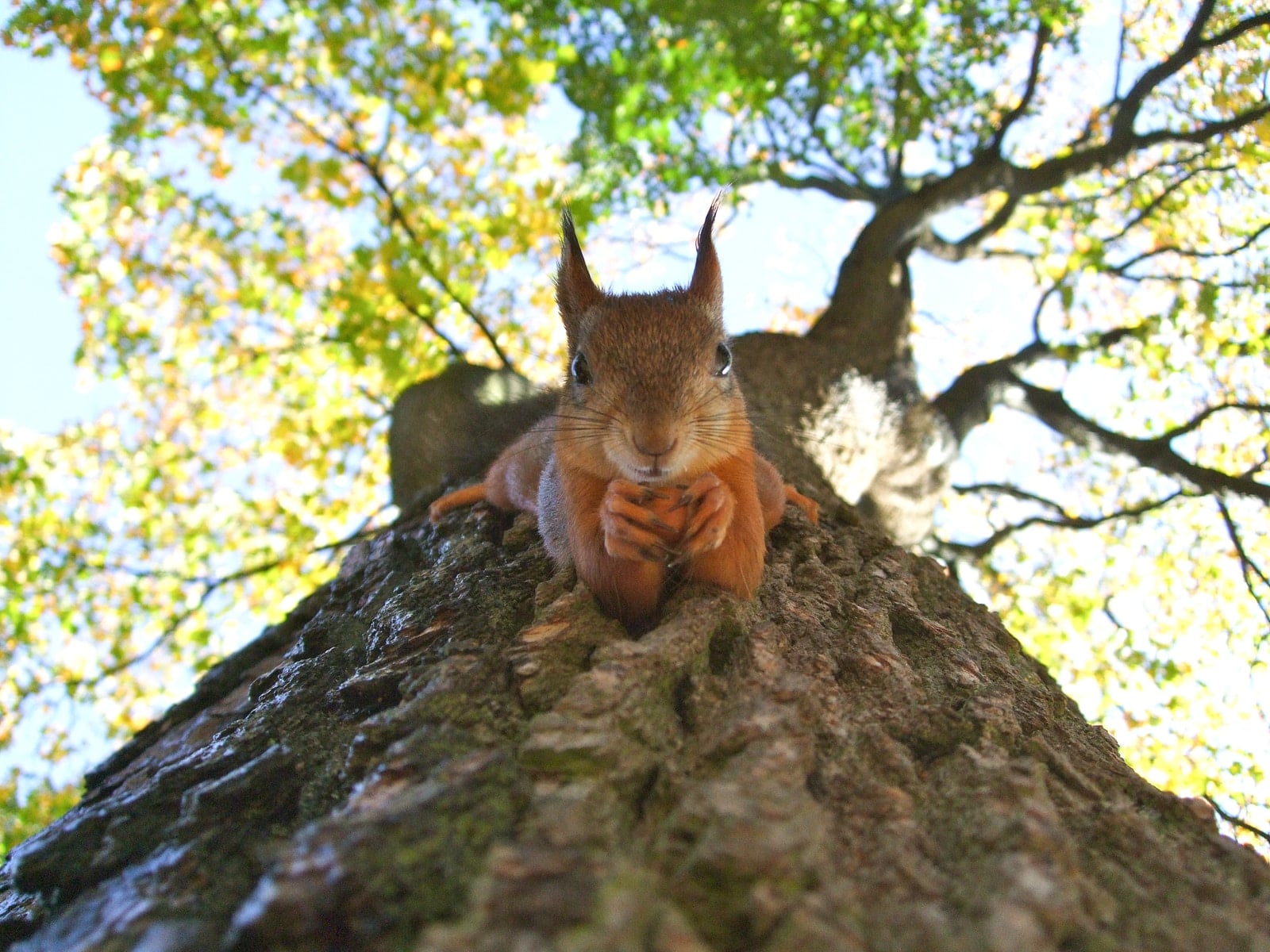 Squirrels are highly sociable, curious, and active animals that many children find irresistible. They are also one of the most popular animal.

They can be easily tamed and trained to accept human food. They are naturally active, and their activity levels skyrocket during mating season.

There are many factors that affect how long a squirrel will live: Genetics, diet, health care, and environmental conditions all contribute to how long your furry friend will be with you.

How long do squirrels live? Based on different squirrel species

Squirrels of various species have varying life spans. However, a quick study of the life spans of species living in the United States shows that:

Red squirrels can survive up to 5 years in the wild. However, only 25% of these squirrels live for more than a year, indicating a significant mortality rate. Between 2 and 4 years, they reach maturity. A red squirrel’s longest documented lifespan in the wild is ten years. Male squirrels usually live longer than females. The opposite is true for the vast majority of squirrel species.

Red squirrels can survive up to 8 years in captivity.

Eastern grey squirrels can survive up to 12 years in the wild. However, their lifetime increases in captivity, and they have been known to live to reach 20 years old.

Squirrels that are black in color are either fox or eastern grey squirrels. Because of the varying melanin levels in their body, their hair color differs. They are not widely distributed in the United States, but they exist in the Midwest. Most black squirrels can survive for up to 6 years in the wild. However, as with other squirrels, their life expectancy extends in captivity, and they can live for up to 18 years.

Because they are no longer prey for predators in the wild, squirrels in captivity tend to have longer lives. But on the other hand, squirrels may not live long in captivity if the environment is harsh.

On the other hand, squirrels must fight for their life to thrive in the wild. Because predators may be found almost anywhere, they are frequently attacked by their predators.

Those who make it through their first year in the wild can expect to live for another six to twelve years. This is because they have learned to deal with the rigors of life in the wild, where predators continuously threaten them.

So, depending on their species, how long do squirrels live in the wild and captivity? Let’s see what we can find out!

How long do squirrels live chart: Squirrels based on their species

If you feed squirrels in your backyard, you’ll probably grow attached to them. So it’s comforting to know how long these creatures can live.

You are now aware that a squirrel’s gender influences its lifespan. But, aside from that, the lifespan of a squirrel is determined by several other factors.

The four factors that directly impact a squirrel’s life longevity are listed below. But, please don’t get too tired because there are a few things you need to know!

Food is essential to our survival. Squirrels, like humans, require food to survive. A starving squirrel may die before reaching the average lifespan.

Furthermore, the safety of the environment influences the lifespan of a squirrel. Pet squirrels, for example, and those living in cities are relatively safe from many threats.

Most wild animals cannot live alongside the city’s many man-made developments, but squirrels adapt well to these environments. When compared to wild squirrels, these squirrels have fewer enemies.

Furthermore, pet squirrels do not need to forage for food; they get everything they need from humans. Therefore, the number of years these squirrels can live increases with a good life and a safe environment.

A wild squirrel’s life is extremely unpredictable. Squirrels are lower on the food chain, so they have a myriad of predators.

Rattlesnakes and black snakes are the most dangerous predators of baby squirrels, who are defenseless and unable to defend themselves.

Because there are so many predators, most squirrels die at a young age. But unfortunately, not many squirrels live to or beyond their average lifespan.

Exotic veterinarians always treat pet squirrels who become ill. However, most wild squirrels do not have this advantage, and a diseased wild squirrel can die at any time.

Squirrels are vulnerable to a variety of parasitic diseases. Baylisascaris (a form of roundworm), hookworms (which can cause anemia), coccidiosis (a parasitic infection that affects the small and large intestines and causes internal bleeding), and giardia are among them (another intestinal parasite usually transferred by contaminated feces).

Another viral infection is encephalomyocarditis. It causes skeletal and cardiac tissue inflammation and degeneration, as well as the destruction of the squirrel’s nervous system. Contact with infected rodents or secondary bacterial transmission are the most common ways for the illness to spread. Elevated heart rate, breathing issues, blisters, physical discomfort, and a loss of motor function are all symptoms. In the occurrence of subsequent bacterial infection, infected squirrels are given antibiotics.

Other diseases that can affect squirrels include leptospirosis, Tularemia, and Lyme disease. Furthermore, these rodents can be hosts to various internal and external parasites.

Adult flesh flies lay live larvae on the skin of a ground squirrel, which feeds on the squirrel’s tissues for about six days before dying.

Tooth loss or loss of vision

Squirrels have four large and sharp incisors for a reason; the teeth aid in consuming food. As a result, a squirrel that inadvertently loses its teeth will starve to death.

Squirrels are foragers, which allows them to find food even in remote areas. Because these critters are completely self-sufficient, a squirrel without vision suffers alone; no other squirrel will look after it.

Starvation can occur as a result of vision and tooth loss. So, prompt treatment is required to ensure the squirrel’s survival in the event of a broken tooth.

Sometimes a squirrel’s tooth grows past its jaw, or its incisors are misaligned. This condition is known as malocclusion, and it necessitates medical attention, or the squirrel will die.

Squirrels live much longer than rodents, which resemble mice and rats. It is thought that long evolution has occurred in animals with low predation levels, and squirrels are ideal for this.

Because squirrels live in trees and are very mobile, predators have difficulty catching them. One of the reasons squirrels have developed such a high lifting capacity for such a long life may be due to their defense mechanism.