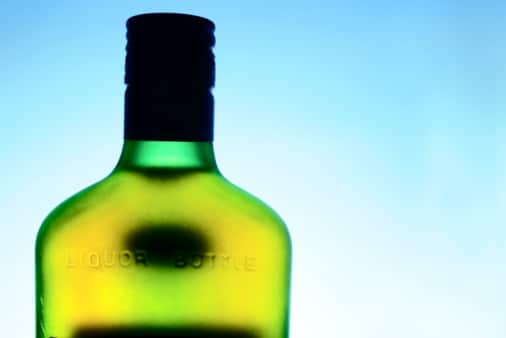 Like all good things, that great bottle of liquor you’ve been saving for a particular occasion won’t last forever.

Consumers may be perplexed by the “Best buy,” ”Use by,” and “Sell before” dates stamped on the food they purchase.

But, as expiration dates for alcohol are rarely provided, how can we be sure our spirits are still drinkable? While we know that some alcoholic beverages, such as wine, improve with age, what happens when a bottle has already been opened?

Alcohol is a temperamental substance. Wine, for example, can continue to age in the bottle over time, growing richer and more intriguing, while most hard liquors do not. Whiskey in a properly sealed bottle will taste almost identical, whether you consume it today or after 100 years.

However, once you open that bottle, oxygen rushes in and begins to change your drink. While the early phases of this transition can be beneficial (especially with whiskey, which can frequently improve slightly after a few weeks), the oxidation process will eventually deplete your liquor supply.

Liquor that has not been opened has an endless shelf life. When liquor is opened, it lasts approximately a year or two before it turns bad, which means it loses its color and flavor. If you don’t finish the bottle in two years, don’t use it for drinking.

While certain wines improve with age, they have a very short shelf life once opened. For example, dry red and white wines are only acceptable for three to five days after they’ve been opened.

Fortified wines like Port and sweet wines like Sauternes, on the other hand, can last up to a month after opening due to the acidity and high sugar content, which function as preservatives. A bottle of Sauternes will last three to five weeks in the fridge.

It’s another type of hard liquor that doesn’t get better with age. When a bottle is opened, oxidation occurs, altering the taste and flavor of the drink. In addition, the temperature in which the whiskey bottle is stored, as well as exposure to light, might have an impact on the taste of your drink.

As a result, you must keep it in the dark, cool, and air-tight environment. Also, flavor whiskey can have a shorter shelf life due to its high sugar content, especially if it’s less than 80 proof.

After opening, vodka lasts a little longer than whiskey. It can last up to ten years or even longer in rare circumstances. The process is the same, but vodka loses its alcohol strength and begins to change taste after only a few years. The same. It doesn’t “rot” like whiskey, but if you don’t drink it within a few years, you’ll notice a difference in your drinking experience.

Because of the nature of hops and their characteristic effervescence, beer has an extremely short shelf life once opened. “Once a beer has been opened, it is recommended that you drink it immediately because it has been exposed to oxygen. Beer is broken down by oxygen, which results in ‘off’ scents and flavors over time.

If left unopened, rum lasts eternally, although, after 6 months, it starts to spin. After about two years, you will notice a significant shift in your rum’s flavor profile and intensity.

If not used within a year of opening the bottle, gin can become sour. A bottle of gin can last eternally if kept sealed and kept out of direct sunlight at non-extreme temperatures. Gin, unlike vodka, relies on the delicate tastes of botanicals. On the other hand, gin has a lot more to lose in terms of flavor degradation.

If kept away from heat and light, unopened brandy will not spoil. Once a bottle of brandy is opened, it has roughly 1 to 2 years before the flavor quality begins to deteriorate.

After a year, tequila begins to taste sour. When a bottle of tequila is opened for a long time, it loses its power and aroma. Both Mezcal and Tequila take about the same amount of time to make. It doesn’t kill you, but it doesn’t taste right – and if your taste profile changes, it’s a downward spiral from there.

How to make liquor last after you open a bottle

So, your liquor may eventually turn on you, but there are a few simple things you can do to extend the life of your booze:

Because contact with the cork can lead to flavor degradation and damage the cork, weakening the seal that keeps evil oxygen out, liquor should be stored upright. Ensure the cork or screw top is secure, and never leave pourers in because they allow oxygen to enter.

Keep away from light and heat

You’re doing it wrong if you keep your whiskey on the windowsill near the radiator. Instead, locate a cool, shady, cave-like location.

Decanting your wine into smaller bottles as you drink it is one way to keep it fresher for longer. In addition, a smaller bottle reduces the quantity of air exposure and so slows down the turning process.

We recommend following the stated expiration date on the bottles for non-alcoholic mixers and other perishable goods. After you open them, you’ll usually need to refrigerate them, as stated in the bottle. This also applies to liquids.

Sodas and sparkling waters will likely have the shortest shelf life at your bar. Anyone who has consumed carbonated beverages for a long time knows they don’t last long. Use the bubbly thing as soon as possible after it’s been opened.

Because these mixers are used in so many of the most popular cocktails, they mustn’t go bad.

Yes, it can spoil if you’re not careful with how you store your booze. You must properly store your liquor. Your booze, like anything else, has an expiration date that you should be aware of. You avoid squandering your liquor, keep a note of the expiration dates on each bottle and be sure to follow the tips we’ve provided for extending the shelf life of your liquor.