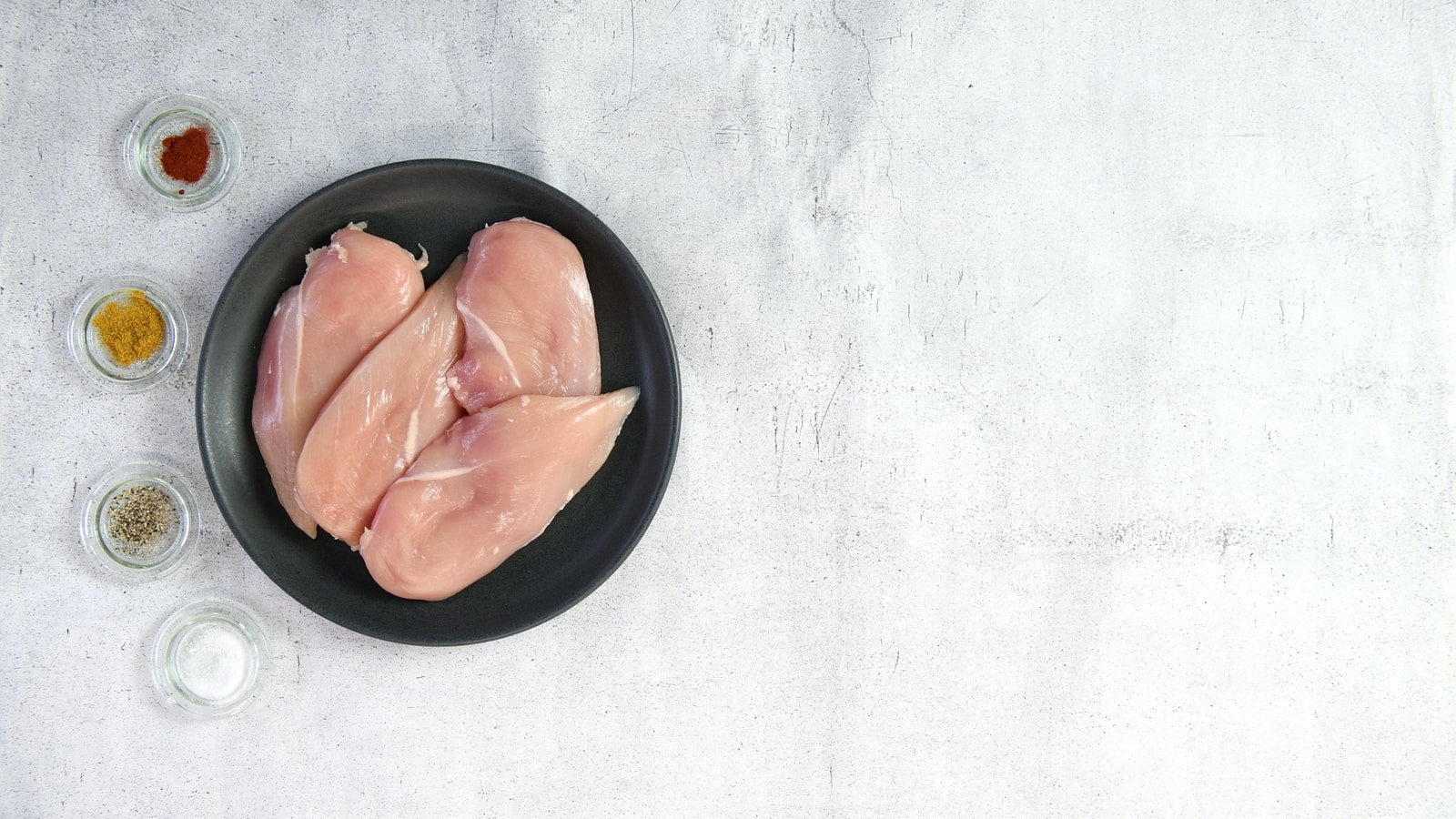 How long should you boil chicken for tenderness? The size of the breasts and whether or not they have bones determines this.

Refrigerate the chicken breasts for at least 9 hours, or use the defrost function on your microwave or the cold water method to expedite the procedure.

Never cook frozen chicken in a slow cooker or microwave; however, according to the US Food Safety and Inspection Service, you can boil frozen chicken by increasing our time requirements for boiling chicken by 50%.

How long should bone-in chicken breasts be boiled?

Boiling one bone-in chicken breast takes roughly 20 to 30 minutes on average. The time varies depending on the size of the chicken breast.

To determine whether the chicken breast is fully cooked, place a meat thermometer into the thickest section of the breast. When the internal temperature hits 165 degrees Fahrenheit, it is thoroughly cooked (74C).

When cooking bone-in chicken breast, avoid allowing the thermometer to contact the bone, as this can influence the temperature measurement.

How to boil bone-in chicken breast

The boiling time for bone-in chicken breasts is around 30 minutes. If the meat is still raw, continue cooking it until it is no longer reddish.

Some folks who follow a strict diet eat boiling bone-in chicken breasts right from the pot. They consume it without any additional additives or condiments.

Others include it in other dishes. This means that after boiling, they will shred, cut, or slice it into pieces according to the recipe.

The heat that radiates from the flesh also plays an important role.

There are no bones to conduct heat and no skin to retain moisture in boneless and skinless chicken breasts. As a result, it cooks faster than bone-in cuts. Boneless ones also dry quickly.

Cook 12 to 15 minutes for skinless, boneless chicken breast halves. This equates to cooking frozen chicken for 18 to 22 minutes.

If you want to make the poached chicken even faster, chop it into 2-inch pieces and cook it for 8 to 10 minutes.

Remember that the only definite method to tell if your chicken is done is to check the internal temperature (165°F), so use these times as guides only.

Here’s a recipe for cooking boneless chicken breast to give you an idea of how long it will take to boil.

Boiled chicken is quite versatile and may be used in various ways. It’s delicious, shredded into a salad or soup. Serve it on nachos or tacos.

Alternatively, include it in a pasta sauce. With this lean protein source, the possibilities are unlimited. It’s rather tasteless on its own, so season it after it’s cooked.

How long does it take to boil frozen chicken breast?

It all depends, though, on how frozen your meat is. I can promise you, however, that whether your meat is frozen or not, it is safe to boil!

How to boil frozen chicken breast

Is this method okay for chicken thighs?

This method is most commonly used for cooking chicken breasts, although it can also be used to prepare chicken thighs if you like.

Cook as many breasts (or thighs) as you like at once. They cook best in a single layer, so use a large enough pan to accommodate everything.

What is the best way to tell if a boiled chicken is done?

Your chicken is done when it is firm, no pink remains in the center, and a meat thermometer registers 165 degrees Fahrenheit (if necessary).

Taking it out of the water and cutting it open is okay. Put it back in to cook if it’s still pink.

Because it is the leanest chicken cut, the chicken breast is regarded as the healthiest chicken meat of all. The United States Department of Agriculture (USDA) reports that a four-ounce serving size of chicken breast includes roughly the following nutritional content:

As a result, if you find it difficult to reduce your calorie intake, eating chicken breasts is recommended.

How to use boiled chicken?

How do you keep boiling chicken from drying out?

It won’t be dry as long as you cook it to 165 degrees Fahrenheit. Water boils at 212 degrees Fahrenheit, so if you leave it in the water for too long, it will overcook and dry out, but start checking it at the 12 to 15-minute point, and you should be good.

Also, allowing my chicken to rest after cooking makes it less dry (just like you would with roasting or any other method). Don’t cut it open–just set the breasts aside to chill. This aids in the redistribution of natural juices.

What’s that white stuff floating in the water?

As the flesh cooks and the fibers shrink, the protein from the chicken rises to the top. Fatty fish, such as salmon, do the same thing.

It’s nothing to be concerned about and quite normal. If any of it sticks to the outside, simply scrape it away.

How to store boiled chicken

Cook the chicken ahead of time and keep it in the fridge or freezer for usage during the week. It’s the ideal method to save time and effort on hectic weeknights.

Allow the chicken to cool before transferring it to an airtight storage container and storing it in the fridge for up to three days or freezing it for up to three months. That’s all there is to it!

What if I overcook the chicken breast?

As a result, you have hard rubbery egg curds surrounded by the milky liquid that was formerly contained within the proteins.

The same is true with chicken…if it is boiled or cooked too quickly or for too long, the proteins contract tightly and suck out the moisture.

Is it true that cooking chicken breast makes it tough?

It entails covering chicken pieces with water and simmering them on the stovetop until the chicken is tender.

The low temperature and moist-heat cooking method gently cooks the chicken and protects it from overcooking. The cooked chicken is juicy and tender rather than tough.