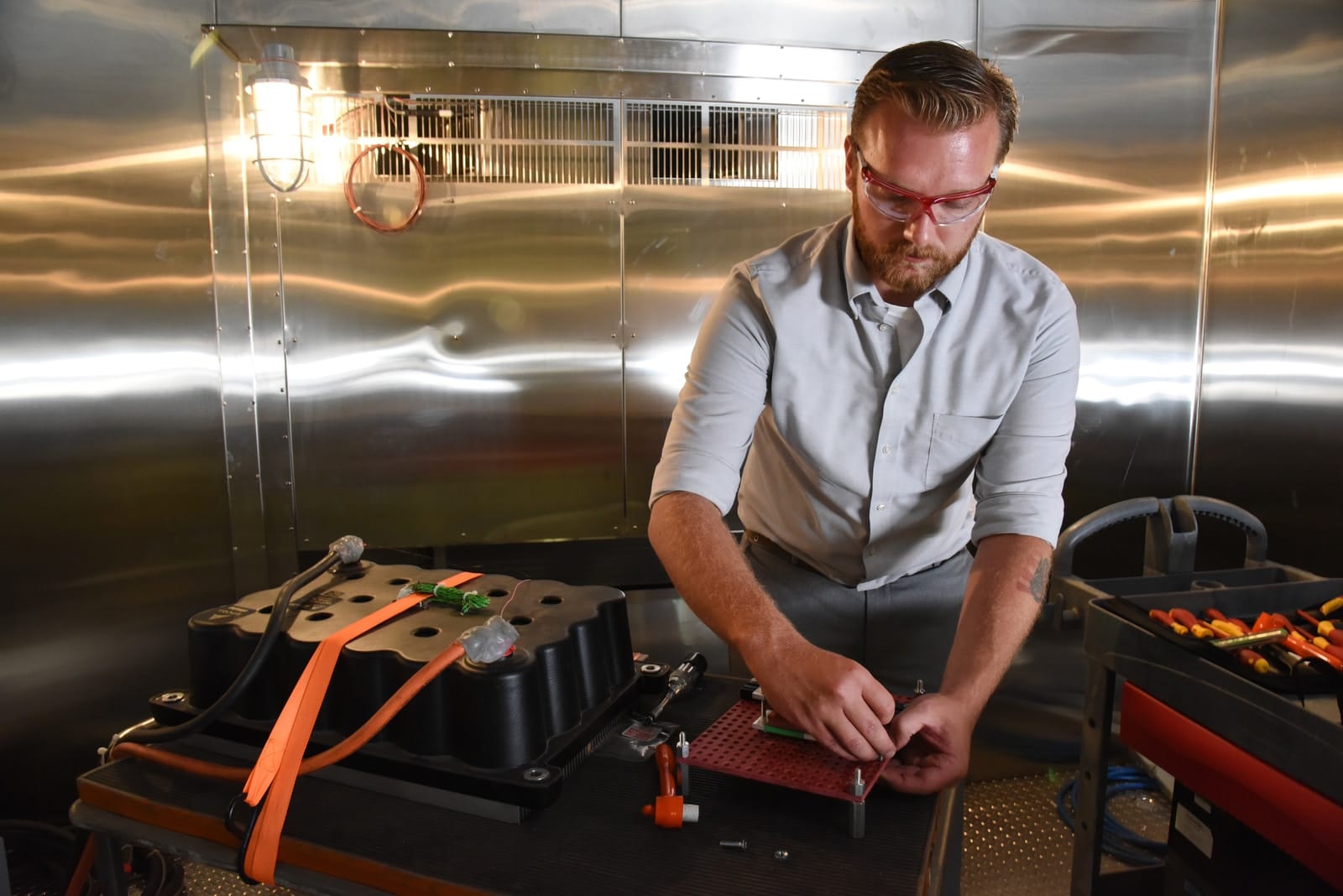 You may store the electricity generated during the sun’s peak hours and use it when there is little or no sunshine by combining a solar panel with a battery. It’s important to figure out how to charge many batteries from a single solar panel. Because the amount of energy that the panels must provide is determined by this number.

The batteries are wired together in a series. It doubles the capacity of the battery while maintaining the same voltage. Your system will be more adaptable if you use multiple batteries. If a battery is damaged, simply replace it, which has the significant advantage of being less expensive. I’ll go over the various methods for connecting the batteries to a solar panel in detail.

When the sun is shining, solar panel batteries allow you to store the energy generated by the panels. It can be used when there isn’t any light, such as at night or on overcast days. It also allows you to employ a current intensity that is higher than that produced by the solar panels already in use.

Is it possible to charge two batteries with one solar panel?

Yes, utilizing a solar panel to charge two different batteries is pretty simple. Many solar charge controllers are limited to charging just one battery at a time. However, a few charge controllers now come with the option of getting two battery banks as standard. The dual banks are charged separately using the same controller and solar panels.

Is it possible to charge a battery directly from a solar panel?

The most basic solar battery charging circuit is to connect the positive side of a solar panel to the positive battery terminal and the negative solar panel side to the negative battery terminal, and it will work for you. It is, however, strongly discouraged. Why? Consider the following scenario: under bright, intense sunlight, a normal 12-volt solar panel that may be used to recharge a battery could actually be putting out nearly 20 volts, which is significantly more voltage than the battery requires.

However, if you know what you’re doing, you can still recharge the battery. This was the typical practice a few years ago, and it could easily recharge any battery!

How can a single solar panel charge multiple batteries?

You’ll need two or more identical batteries linked in parallel for this method to work. Here’s how it’s done: connect the same positive poles with each other. The negatives, on the other hand, attach to the negative terminal. To use it, you’ll need a solar charging controller.

The parallel connection allows the batteries to produce double capacity while keeping each battery’s voltage constant. Let’s have a look at an example.

In circumstances where more battery capacity is required, a parallel connection is perfect. As a result, any gadget connected to the solar panel can be utilized for a prolonged amount of time. But don’t forget to put a fuse between each battery! The fuse will break the connection between the short-circuited battery and the adjacent battery, preventing you from electrocuting yourself or short-circuiting the system. The fuse that can be used in the batteries, as well as their corresponding solar voltage, must be employed depending on current flow.

A series connection improves system efficiency by reducing energy losses, which is the ultimate goal for most of us.

The first step in creating a series and parallel connection is to connect the batteries in a series, sequence, or line.

A fuse should be connected between several series of batteries for this. When connecting, you must pay particular attention to the polarities. You can utilize cables with the appropriate part. Make sure they’re as short as possible to avoid resistance, which will lead to less energy waste. Additionally, connect the series and parallels with the same length cables.

You may be asking how this strategy differs from the others. So, let me explain. When compared to a single battery, you can double both the capacity and the voltage by connecting two batteries in series and parallel. So, if you’re working with a tight budget, the series and parallel connection strategy is the way to go. It’s also a fantastic option for individuals looking for a high-capacity, high-efficiency solar system.

How can one solar panel charge multiple batteries?

The three major patterns for connecting the batteries in a SunPower 100-Watt flexible solar panel together are listed below. 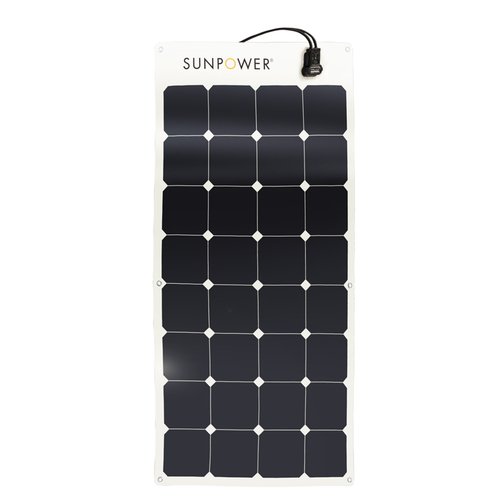 The parallel connection doubles the battery capacity while keeping the same voltage across all batteries. Each of the two 12V batteries has a capacity of 100Ah. You can get a 12V output voltage with a 200Ah capacity by connecting the batteries in parallel with the 100-watt solar panel.

The parallel battery connection is employed in any case when increasing the battery capacity is more critical. It extends the time that equipment linked to the solar system can be used. Always connect each battery with a fuse! The fuse’s job will be to break the connection between the short-circuited battery and the battery next to it. You can avoid short-circuiting this way. The fuse that can flow in the batteries and their respective solar voltage must be taken based on the current flow.

Two batteries ranging in voltage from 12V to 100Ah have been connected in series. We’ll get a voltage of 24V at the output, which is the same as both batteries. The total capacity is the same as a single battery. The batteries are connected in series with the solar panel, allowing the sum of each battery’s voltage to be obtained at the output. The battery power is at its maximum capacity. Our system’s efficiency is improved by using a series connection. We want to develop a solar system with the fewest energy losses possible.

To connect the solar panel, the batteries in series, and the batteries in parallel, we must first establish a “series” of batteries that are connected in series. Then we’ll go over how to link each series together. We always make sure to link the series’ negative poles first, and then the positive poles. In terms of the parallel connection, connecting a fuse between the various series of batteries is a good rule to follow.

Pay great attention to the polarity during the hookup. Use cables with the appropriate section and keep them as short as possible to reduce resistance and thus energy waste. Connect the series and parallels with cables that are the same length.

In a parallel circuit, each component receives the same voltage. When batteries are connected in parallel, the voltages are the same, but the energy or useful current is increased. The batteries will last longer as a result of this.

Is charging batteries in series or parallel better?

The amp hours or overall capacity of the batteries are unaffected by wiring a network of batteries in series. It just affects the amount of power they can emit at once. Furthermore, connecting in series raises the voltage of each battery, allowing for greater electrical force. For individuals that need to use a lot of voltage, a series connection is a way to go. When two batteries are linked in parallel, however, the amp hours of each cell are put together, allowing for longer use.

It’s typical in applications that demand hundreds of amp hours from the batteries to power electrical devices like lights and other appliances. Because each method has its own set of advantages and disadvantages, selecting which is preferable is a personal decision.

Is it possible to charge a 12V battery with a solar panel?

Fully charging a 12-volt automotive battery with a solar panel capable of providing 1 amp of power will take between 5 and 8 hours in most cases, depending on the size of the battery. Make sure the panel is facing the sun directly, with no barriers in the way, to acquire a reasonable charge.

Is it possible to increase the battery capacity of your solar system?

Adding a battery to an existing grid-tied solar system is possible in most cases; however, the degree of complexity varies depending on whether your system was designed with that objective in mind.

If you want to add a battery to your present solar system, you have a few alternatives.

Installing batteries has the advantage of allowing you to use electricity in the event of a power outage in your area. Despite the fact that this may be a substantial benefit for you, there are a few other considerations to consider when selecting a battery for your solar system.

How long does it take to recharge a battery?

The overall charge time varies depending on the condition of the battery. If a battery is entirely exhausted, a solar panel can recharge it in seven to six hours. The angle of the sun in the sky, on the other hand, can impact the charging rate of a solar panel.

When sunlight shines directly on a panel, the charging rate accelerates, whereas charging cycles slow down on a rainy day. To make your charging routine easier, invest in a solar tracker.

This device monitors the sun and adjusts the direction of your solar panels to improve charging efficiency.

First and foremost, before utilizing any solar battery, always read the manufacturer’s instructions. Make sure the area where the batteries are stored is sufficiently ventilated and that the batteries are not exposed to direct sunlight. The dry fabric should be used to clean it.

It’s never a good idea to touch both the positive and negative poles at the same time. To avoid sulphation, it’s also a good idea to coat the terminals in neutral petroleum jelly or antioxidant grease. If this has already happened, the terminals will need to be scraped using a brush with brass bristles. The sulphation action on the terminals results in poor contact and a voltage drop.

Remove any watches, rings, or other metal objects before touching a battery. When using hand tools, such as a screwdriver, make sure the handles are electrically insulated. Use plastic funnels instead of metal ones to fill the battery vessels with distilled water.