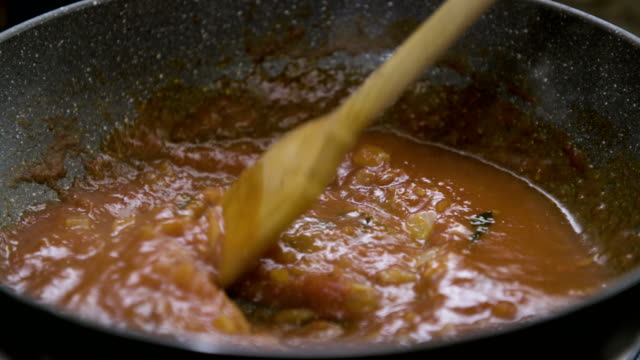 What is the best way to make gravy without flour? Wheat flour is typically used as a thickening in gravy. However, certain persons with health problems may be unable to consume flour. The good news is that you don’t need flour to make gravy.

How do you create gravy without flour? You can make gravy without flour using cornstarch, potato starch, tapioca starch, or arrowroot powder. Any of these alternatives can be used to thicken your gravy. Flour is utilized as a thickening factor in most gravy recipes.

Flour is a good choice because it has no taste, is affordable, and does not lump. There are, however, other thickening agents that can be used in place of flour if you need to prepare gravy without it.

The following are techniques to make gravy without flour:

Continue reading to find out how to make gravy without flour, as well as simple flourless gravy recipes.

What’s the difference between making gravy with cornstarch and flour? Cornstarch has a higher thickening power than wheat flour because it is made entirely of starch, whereas flour contains some protein.

For the same thickening ability, you normally require a little less cornstarch than flour.

However, in this procedure, we use equal amounts of flour and cornstarch because we alter the amount of liquid we add and reduce the gravy by boiling it to achieve the right thickness.

Cornstarch also loses its thickening effect if cooked in the gravy for too long, causing the gravy to become thin again. It will lose part of its thickness if you refrigerate and reheat it.

If this happens, you’ll need to thicken the gravy with extra cornstarch slurry and cook it again.

If you’re using flour, brown it in the fat for a few minutes before adding the liquid. Browning the gravy adds flavor and eliminates the raw flour taste. Essentially, you’re making a roux.

We find that a flour-based gravy holds up better and reheats better, which is why, unless we have a gluten-free visitor, we prefer to prepare gravy with flour rather than cornstarch.

When making gravy, how much flour or cornstarch should you use?

Keep this ratio in mind. Start with 2 tablespoons of drippings and fat, as well as 2 tablespoons of flour or cornstarch, for each cup of gravy you desire. This will result in a rich, thick gravy.

Remove all but 4 tablespoons of fat and drippings from the roasting pan if you wish to make 2 cups of gravy. Set aside for future use.

This recipe makes roughly 2 cups of gravy, but you may easily split or double it to get the amount of gravy you desire.

Cornstarch, often known as cornflour, is a carbohydrate derived from corn endosperm. Cornstarch thickens sauces and gravies more than flour, so use a little less than you would for flour.

It is made from starch derived from potatoes and is gluten-free. Combine 1 part water and 2 parts potato starch in a mixing bowl, then stir in the rest of the gravy ingredients.

Substitute tapioca for flour. The cassava plant produces tapioca, which is a starch. It works well as a sauce thickener. To make gravy, replace this with flour in any recipe.

In place of flour, use arrowroot. Arrowroot is a tropical starch derived from the Marantaceae family of plants. It’s gluten-free and will thicken the gravy nicely.

Whisk together equal parts water and arrowroot, then add to the rest of the ingredients.

What is the best way to thicken gravy without using starch?

There are two major methods for thickening gravy without starch, although you can use a combination of them if you wish. The following are the two non-starch methods:

Flour can be replaced with pureed vegetables. To thicken the gravy, a variety of vegetables can be used. Potatoes, beets, and carrots should be pureed.

After that, thicken your gravy with pureed vegetables. But remember that vegetables have their flavor, so the gravy will taste like the vegetables you used.

In a skillet, heat the liquid with the drippings while constantly swirling with a wooden spoon. You’ll end up with a gravy that’s not too runny but also not too thick. This type of gravy is known as a glaze. It’s poured on top of the meat.

How to thicken gravy with starches

Fill a pot halfway with drippings. Strain your drippings if you want a smoother gravy. You can use either chicken or beef stock or just plain water.

On a burner, bring the mixture to a low simmer. Slowly stir or whisk in your starch slurry. Cook until the sauce has thickened to the desired consistency.

You’ll need a fair bit of starch slurry for every cup of liquid you utilize.

For each cup of liquid, you need the following:

Regarding cooking gravy, potato starch and cornstarch are usually the finest options. Unlike tapioca or arrowroot starch, they do not become lumpy or stringy.

When working with starches for gravy, less simmering time is required. Allow it to boil, then remove it from the heat. To avoid losing its thickness, do not overcook it.

Cornstarch gravy is typically clearer than gravy made with potato starch. In the refrigerator or freezer, gravy made with starch will not survive as long as gravy made with flour. It’s ideal for making only what you’ll be able to eat for the time being.

Here are several recipes for making gravy without flour that you might try.

This gravy goes well with mashed potatoes and fried or grilled meats. It’s a simple and quick dish to prepare. Furthermore, because it is a light gravy that isn’t overbearing, the flavor of the meat will be preserved.

Celiac disease sufferers will like this gravy recipe. It is gluten-free and stomach-friendly. It’s finest used with pan-fried chicken or fowl.

You may make this recipe more flavorful by adding more herbs and spices. This gravy can be kept in the refrigerator for up to three days or frozen for up to two weeks.

This gravy complements roasts nicely. It thickens using tapioca or arrowroot, which is also gluten-free. People who follow a gluten-free diet can prepare this.

It’s quick and simple to make, yet it’s packed with flavor!

It’s worth noting that tapioca and arrowroot starches are lumpier than the others. Use a strainer to remove any lumps after your gravy has been cooked.

Gravy is a sauce made from meat drippings from the chicken, pork, turkey, or beef, together with flour, herbs, and spices. It’s a fantastic accent to a variety of recipes!

Gravy pairs excellently with fried chicken, roast turkey, mashed potatoes, shepherd’s pie, and meatballs, to name a few. Gravy lends life and flavor to a meal that would otherwise be dull or simple.

The truth is that there is no such thing as too much gravy. You can make a large amount and freeze it to keep it fresh for months.

There are five different varieties of gravy listed below. Each can be made without flour. To make any of these fantastic gravies, simply replace the flour with one of the choices listed above.

This is the most common gravy. It’s created from beef drippings. The drippings are cooked on the stovetop with flavor enhancers such as onions, herbs, and spices.

It is thickened with wheat flour or cornstarch until the required texture is achieved.

This gravy is delicious with biscuits or steaks. It starts with a roux (flour and fat mixture cooked together) and meat drippings. The milk is added, and the roux thickens it.

Chicken liver, black pepper, and even chopped-up sausage are all popular additions. This sauce is also known as milk gravy or country gravy.

Meat drippings and a thick roux are used to make this gravy. Add water or broth to this mixture, then season with salt and pepper to taste.

When it’s almost done boiling, add a well-beaten egg and mix or whisk it in. In the gravy, the egg then separates into tiny pieces.

The liver, heart, and gizzard of a chicken or other fowl are called giblets. They are frequently used for chicken and fowl recipes and are added to the roux and drippings.

These internal organs are also removed before the chicken is cooked.

This gravy is popular among vegetarians. It’s made with flour and vegetable broth or stock. Oil, butter, or margarine are other ingredients in this gravy. To enhance the flavor, you can also add wine.

As a result, wheat or cornflour thickens these types of gravies. Some people, however, prefer gravy without flour for personal or health reasons.

Freeze gravy for up to 3 months in freezer-safe containers or zip-top bags. Refrigerate to defrost. To reheat, pour a pot on the stove over medium heat and constantly whisk until it reaches a full rolling boil.

Any new drippings can be frozen for future shortcut gravy when serving mashed potatoes or meatloaf.

How long can you keep gravy in the fridge?

Refrigerate the gravy for up to 5 days in an airtight jar. To reheat, put it in a pot on the stove over medium heat and cook, stirring regularly, until it reaches a full rolling boil.

If there are any lumps in the gravy, purée it in the pan using an immersion blender. Alternatively, put it in a blender or food processor.

Run it through a strainer instead, leaving the lumps behind.

To summarize, how do you make gravy without flour? Cornstarch, potato starch, tapioca starch, and arrowroot starch are some of the flour replacements.

Follow the suggested recipes above, and remember that just because you can’t eat wheat flour doesn’t mean you can’t have gravy in your food.