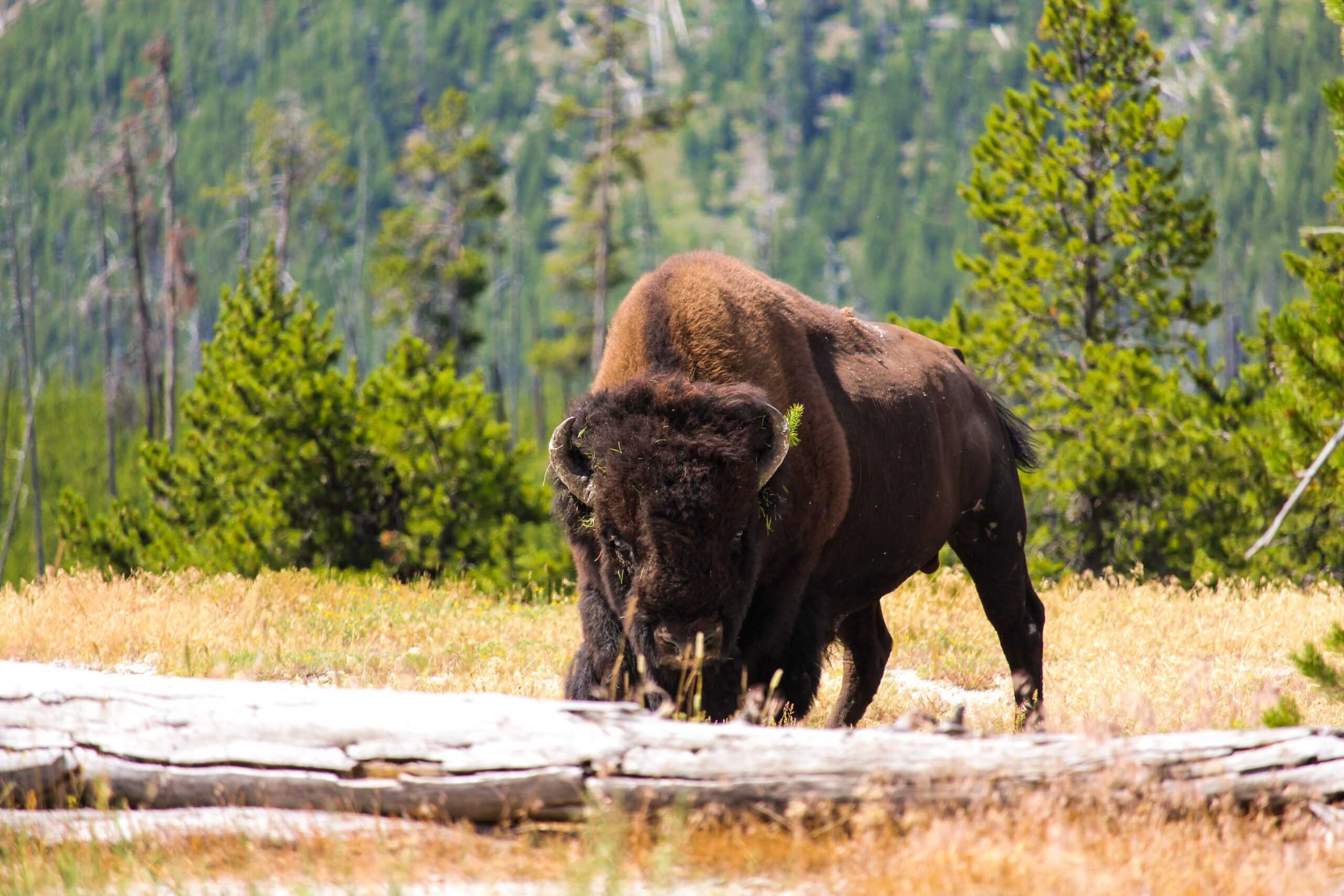 American Buffalo is a Lean, Healthy and Tasty Alternative to Beef

Bison meat is a good substitute for red or white meat since it’s lower in fat, calories, and cholesterol than beef, pork, chicken, and some fish.

Look for bison meat in grocery stores, either fresh or frozen, or purchase it online.

What Is Bison meat?

Bison, or American buffalo, are members of the cattle family, characterized by shaggy hair, horns, and a hump on their shoulders. They eat grass, leaves, and shrubs and are raised on reserves or ranches in North America.

Bison meat is very lean. When prepared properly, it’s juicy and tender, with a taste not unlike lean beef and without a gamey flavor.

Cuts of bison meat are similar to beef, and bison can be substituted for beef in most recipes.

Lamb meat is another alternative to beef that’s lean, low fat, and healthy.

Difference between Bison and a Buffalo

When purchasing bison meat, don’t be misled by advertising for buffalo. Although bison and buffalo are one and the same, bison are found in North America and buffalo are from Asia and Africa.

The skeletal structure of buffalo lacks the characteristic hump of the bison. What most people call “buffalo” in America are actually bison. True buffalo are not native to America. The “American Buffalo” are all from the genus “Bison’.

American buffalo meat is higher in iron than beef and lower in fat and cholesterol than beef, chicken, pork, and some fish. Bison meat contains 2.42 grams of fat, 143 calories, and 82 milligrams of cholesterol per 100 grams of cooked meat, according to the USDA.

Compare bison meat’s nutritional value to 100 grams of beef at 11.73 grams of fat, 217 calories, and 85 milligrams of cholesterol.

Bison is healthier than 100 grams of cooked, skinless chicken breast’s 3.57 grams of fat, 165 calories, and 85 milligrams of cholesterol, the USDA reports. Bison is also leaner than kid goat meat.

Bison tastes like gourmet beef, tender and yet low-fat. When eating bison, you get more protein and nutrients with fewer calories and less fat. Bison is very dense meat that satisfies with less.

Bison is often prescribed by physicians to patients who need to limit their fat intake.

How to select Bison meat

Most bison meat is labeled “all-natural,” meaning that it is made without the use of artificial ingredients. All-natural bison meat does not contain MSG, nitrates, nitrites, sodium benzoate, hydrogenated oils, artificial sweeteners, or preservatives.

Look on the label to determine if bison meat is raised without the use of growth hormones or sub-therapeutic antibiotics, or fed animal by-products.

Frozen bison meat is preferable to fresh meat since fresh meat can degrade more quickly than frozen meat. When meat is frozen, the aging process is stopped, and the meat can be safely kept without damaging its flavor, texture, or nutritional qualities for about a year.

Preparation and cooking of Bison meat

Because buffalo meat is lean, it should be cooked slowly at low heat. Marinating this meat will yield a very tender dish. Bison meat can also be brined before cooking.

When grilling bison, preheat the grill to high, place the meat on the grill quickly to sear it on both sides, then turn the grill down to medium and cook the meat to the desired doneness.

Bison steaks are best cooked rare to medium, away from an open flame. Use tongs to turn steaks, so the juices stay locked in the meat. “Low and slow” is the rule for cooking bison.

Don’t put bison on the open flame; it will turn hard and lose its tenderness. The best grilling technique is the indirect method. Heat one side on high for 5-10 minutes, and then reduce the flame to med-high.

Place steak or burgers on the cool side of the grill.

This is the best for bison. Slow-cooked meat is tender and moist. Use a low setting. Enjoy the flavor.

For those of you who love beef but need to cut back on fat and cholesterol, bison is the perfect substitute. With its tender meat and great flavor, one need never go back to beef again. Check-in your local grocery for bison and buffalo meats, available now.