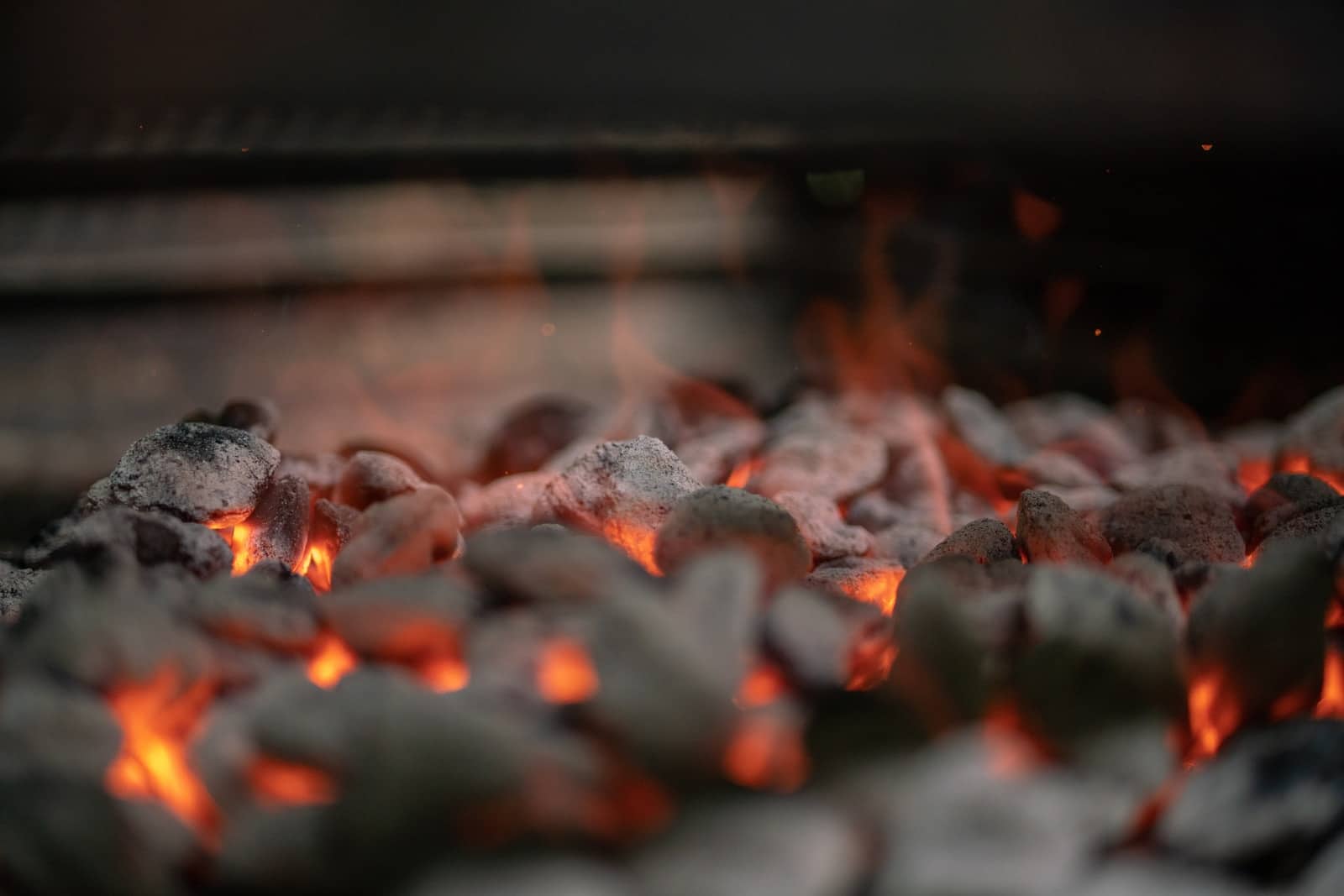 The question of whether charcoal-grilled food is healthy has presented several challenges to many home cooks, particularly those of us who strive to maintain our health and live longer lives.

Who should use the charcoal grill?

If you want to cook at higher temperatures, consider purchasing a charcoal grill. Typically, this is the case with steaks and burgers. Because the heat is more difficult to control, your food will reach dangerously high temperatures.

Also, if you have a limited budget, a charcoal grill should be considered over other types of grills. However, keep in mind that you will need to purchase the coals and any additional accessories.

If you’re new to grilling, you should start with a gas or electric grill. They are easier to use and maintain, and they provide more precise temperature control.

Who shouldn’t use the charcoal grill?

In addition, if you don’t have a lot of patience, you should try a different grill. Charcoal grills take longer to heat up because the coals must be lit up gradually.

But it’s not just about being patient. More preheating time means you’re delaying serving time, which will make you look bad in front of your guests.

The limited level of control is another reason why many users switch to other grill types. A knob on a gas grill allows you to control the temperature easily. The same is true for an electric grill.

Controlling the temperature on a charcoal grill, on the other hand, necessitates more skill and knowledge. You can achieve this by adjusting the degree of ventilation, the number of coals, and the height of the cooking rack above the coals.

Mastering this takes more time and effort. And there’s no telling what temperature you’ll end up with.

There are special brushes with hard bristles designed to scrape off any remaining food. Even so, clean-up can take up to ten minutes.

Is charcoal-grilled food healthy? A guide

When the fat from the meat on your grill drips onto the burning charcoal, PAHs are produced. The smoke returns this fat to your food or PAHs form on your meat as it chars.

HCAs, or heterocyclic amines, are the second type of potentially carcinogenic compound. This compound forms when the temperature is extremely high and the meat is cooked for an extended period.

HCAs are also formed when you pan-cook foods such as fish, beef, fowl, and even pork. The National Cancer Institute found 17 HCAs in cooked muscle meat.

According to a large body of research, HCAs have been linked to an increased risk of cancer in humans, particularly pancreatic, colorectal, and breast cancers. This risk is increased by consuming many well-done types of meat, whether grilled or fried.

More specifically, studies have shown that when meat is grilled, microscopic-sized pieces of polyunsaturated fatty acids are released into the atmosphere, resulting in increased pollution.

However, it is worth noting at this point that the pollution produced by charcoal grilling is far less than that produced by industries and vehicles. Briquette users are not far behind, either, despite making excellent use of sawdust.

If you use this type of fuel, make certain that it contains no limestone, sodium nitrate, borax, coal dust, or starch. Similarly, lump charcoal contributes to deforestation and the accumulation of greenhouse gases in our atmosphere.

Cooking foods at high temperatures, such as on a charcoal grill, results in forming a substance known as heterocyclic amines, or HCAs, in the food. HCAs have been shown in laboratory animals to cause cancer, but scientists are unsure if they have the same effect in humans.

According to Penn State researchers, eating grilled foods on occasion is unlikely to cause a problem. Furthermore, low levels of HCAs form when foods are fried, baked, broiled, or roasted, so the problem isn’t limited to grilling.

Is this to say that charcoal-grilled food is unhealthy? The truth, as is almost always the case, lies somewhere in the middle. On the one hand, grilling food is healthier than other cooking methods, such as frying, but only when done properly.

The main reason for this is that grilled food contains significantly less fat than food cooked in a pan, where the fat does not drip and remains with your food, as in frying.

Having said that, it is important to note that scientific opinion on how HCAs affect humans is still being researched. The majority of research indicates that these compounds cause cancer in laboratory animals.

There is, however, insufficient evidence to suggest that they have the same effect on humans.

Another critical issue is that low levels of HCAs will still be present on your food whether you grill, broil, bake, fry, or roast it, so this problem is not limited to charcoal grilling.

Grilled food can be beneficial if some basic guidelines are followed. For example, the University of Virginia recommends grilling small cuts of meat and vegetables to reduce the number of harmful compounds. This is because they will cook faster, limiting the HCAs.

Char is more dangerous than charcoal.

Grilled food predates civilization. Cooking the food that our forefathers hunted began as soon as they could make fire.

It’s a tradition that has endured to the present day. Backyard grilling is a popular pastime in the United States and many other countries worldwide.

Since the late 1960s, propane grills have become extremely popular, but charcoal grilling is certainly up there, with many favoring the simplicity and rich flavor that charcoal provides.

Some publications and people will tell you that charcoal is bad for you, but the issue isn’t the charcoal itself, but the char.

When fat and juices drip from the grill on the charcoal underneath it, the compounds vaporize quickly, rising back to the food and creating the char we all know and love.

This crisp layer is extremely flavorful and is what most people strive for when grilling.

Both of these classes of compounds have been linked to an increased risk of colorectal cancer in studies. They have identified carcinogens, so many health organizations warn against eating heavily charred food.

How dangerous are these compounds?

The body can process some carcinogens without causing harm. As a result, dietary balance and moderation are critical to long-term health.

Interestingly, we can look at people like family and friends, or even in your case, where you’ve eaten grilled food for years without experiencing any negative side effects.

On occasion, some charred meat is unlikely to be harmful to your health if consumed in moderation and in conjunction with a healthy diet.

When cooking on a charcoal grill, there are also steps you can take to keep the food healthier.

Cooking health-conscious food on a charcoal grill can be accomplished by:

Is it safer to grill with gas than with charcoal?

Where should I not use a charcoal grill?

Indoors, charcoal grills are not advised. The amount of smoke and carbon monoxide they emit can be lethal. Not to mention the fact that you’d need a lot of ventilation.

You risk suffocating yourself and others if there is no ventilation. Smoke can accumulate in the lungs, causing long-term respiratory complications. However, this is only the tip of the iceberg.

Inadequate ventilation also results in incomplete carbon combustion. This causes a rapid buildup of carbon monoxide, which is nauseating at best and deadly at worst. Simply opening the doors and windows will not save you from this.

The best way to combat this is to use your grill outside. Balcony grilling is another good option, but it is prohibited in some states.

Also, before purchasing a charcoal grill, check with your local law to see if such grills are prohibited. A few states are beginning to prohibit privately owned charcoal grills because they are a public health hazard.

California is possibly the most prominent in this regard. Several districts in the state, including the Truckee district, have outright prohibited campfires and charcoal grills.

The 2019 California Fire Code also includes several restrictions on the use of charcoal grills. While not completely prohibited, users must take certain precautions to avoid a fire.

Some studies have also found that flipping the meat frequently helps prevent the formation of HCA on your food.

But be careful not to pierce the food – use spatulas or tongs to avoid releasing the juices that will drip onto the charcoal.

Finally, skewering the meat is a fun way to shorten the cooking time. It’s even better to grill meats like chicken, seafood, or chicken with onion, cherry tomatoes, mushrooms, bell pepper, or any other vegetables you like.