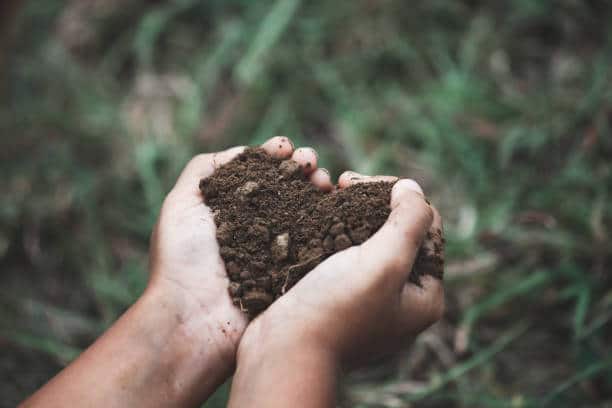 Turn your nutrient-poor garden soil into a nutrient-rich sanctuary where plants may thrive with the help of organic soil amendments.

Here’s a quick rundown of some of the most effective soil amendments for your garden.

Organic soil amendments change the structure of the soil as they degrade, helping it to absorb and retain more water and nutrients. Insects, worms, fungi, and other organisms that live in the soil help breakdown organic matter, but they need energy from the nitrogen in the soil to do so.

As a result, when applying undecomposed organic additions to the soil, nitrogen is frequently required. Many organic soil additions are also categorized as natural organic fertilizers. Hay, straw, peat moss, leaf mold, and sawdust are some examples.

In high-sodium soils, gypsum is an example of a nonorganic amendment used to promote water infiltration.

Chemically created products containing one or more of the basic elements required for plant growth: nitrogen, phosphorus, and potassium, are known as synthetic fertilizers.

Natural organic fertilizers are made from plant or animal products that include a considerable amount of one or more of the three essential nutrients for plant growth: nitrogen, phosphorus, and potassium. The nutrient content of the product must be stated on the package.

Because most natural organic fertilizers contain considerable amounts of organic matter, they are also categorized as soil amendments. Manures, sewage sludge, and bone meal are among the examples.

Plants, like humans, require a wide spectrum of nutrients to grow healthy and robust. These nutrients are found in variable concentrations in soil amendments, which can be used to supplement your garden soil if a nutrient is determined to be deficient. Plant nutrients that are essential include:

Another type of organic soil amendment is biosolids-blends. These aren’t compost, but they have a comparable effect. To manufacture biosolids-blends, biosolids are heated first to kill pathogens, then blended with aged woody materials and sometimes sand.

Compost is made up of more than just organic matter; it also comprises inorganic components found in plant tissue and other feedstocks, as well as any soil present in the feedstocks. As a result, when you add compost to soil, you’re mixing organic and mineral components together.

Compost typically contains 30 to 70 percent organic matter by weight. Backyard (homemade) compost and other compost with a lot of soil (like feedlot manure) are on the low end of the organic matter spectrum.

Urban soils that have been disrupted during building, landscaping, or utility work are common examples. Three inches of modification was the maximum application rate tested. Compost and biosolids amendments enhance the amount of soil organic matter in the soil, which helps to sequester carbon or carbon storage.

According to research conducted in Washington State, 20% or more of the amendment carbon was maintained in the soil 5 to 15 years after the last application.

However, in tilled soils, the amount of organic matter retained may be lower, and in soils depleted in organic matter, it may be higher. Compost and biosolids products help soils, the local economy, and the environment by recycling material from local waste streams.

How much amendment should you use?

Add 1 to 3 inches of organic soil amendment to the soil for new garden or landscape plantings, and incorporate to a depth of at least 6 to 8 inches.

Add 2 or 3 inches of amendment if your soil lacks organic matter (it’s usually light colored and has poor physical qualities).

Add less if your soil already has enough organic matter or if salts are an issue (or none at all).

Consider lowering or eliminating amendment applications if a laboratory soil test reveals high levels of phosphorus (P) in your soil.

Decomposition of leaf litter and organic surface mulches will aid in the preservation of organic matter, resulting in a soil environment that is similar to that found in forests.

If you’re growing in raised beds, make sure you add enough organic soil amendment or soil mix to keep the beds’ original soil depth. The soil mix settles in the bed, and the amendments decompose, thus volume loss in raised beds is unavoidable.

Because of the deep, fibrous root systems that create organic matter in the soil as the roots grow, die, and disintegrate, established lawns rarely require organic matter supplements.

Organic soil additives, on the other hand, may help new lawns if they are integrated into the soil before planting. This is especially true if the topsoil has been removed or if the soil is devoid of organic matter.

New lawn amendment rates are typically 15 to 20% by volume, or 1 inch of compost integrated to a depth of 5 to 6 inches, which is lower than for new gardens. Spreading a thin layer of compost, no more than 12 inch deep, over an established lawn that is growing in low-organic-matter soil is the easiest technique to modify the soil.

Then, using a hollow-tine aerator, aerate the lawn multiple times to remove soil cores and integrate the compost into the holes. Applying a thick coating of compost to turf without mixing it into the soil can create a barrier that prevents water from moving through the soil and roots from growing.

Is it true that if adding organic matter is beneficial, adding more will make it even better? Plants can be grown in straight compost as long as the porosity is appropriate and salts are not an issue. Nonetheless, significant applications of organic soil additions on a regular basis have downsides, including:

Although phosphorus (P) is an essential plant nutrient, most organic soil amendments contain more than plants require. Excessive P levels in the soil can result from repeated applications, increasing the risk of P runoff into lakes and other bodies of water.

Excess P in lakes causes eutrophication (algae blooms that deplete oxygen levels in the water), causing ecosystem harm and lowering the recreational value of the lake. When gardens are positioned near sidewalks and roads, phosphorus runoff is a particular concern in urban areas because it enables for easy passage of garden runoff into storm drains.

Turfgrass is the only living groundcover that can withstand persistent wear from foot traffic throughout the growing season if it is properly maintained.

If there is too much compost in the soil, the root zone can retain too much water, making the area unsuitable for foot circulation during wet weather (particularly in areas west of the Cascades). Top-dressing, which is the application of thick layers of compost on the surface of turfgrass to hold excess water, can also make the region unfit for foot circulation.

Plants are harmed by excess salts because they reduce their ability to absorb water. Manure-based soil additives include a significant amount of salts, which can build up in the soil. This can be a problem in desert areas where there isn’t enough rain for the salts to naturally leach out of the soil.

In arid climates, this may limit the amount of organic soil amendments (especially manure-based) that can be applied, unless the salts can be leached from the soil.

Beneficial soil organisms, organic matter, and moisture retention can all benefit from organic soil amendments. The following list includes soil amendments derived from animal, mineral, and plant sources. Some products are free and easy to come by, while others must be purchased.

In general, before planting the garden, add soil amendments in the fall or spring. Soil amendments are split into three categories: animal-based, mineral-based, and plant-based amendments.

To remedy mineral deficiencies, use mineral-derived soil additives. Mineral-based amendments take a long time to break down, thus they can be used excessively. That is why it is critical to do a soil test ahead of time to ensure that you do not over-apply them.

Organic soil amendments are a terrific natural alternative to artificial fertilizers, but you should first examine your soil to see what’s already there before adding anything. You’ll know exactly which elements you need to add after testing, and that’s where soil amendments come in.

How should soil amendments be applied, and how much should be used? Get a soil test for free or at a reasonable cost.

When it comes to applying fertilizers and amendments to your soil, this will be your guide. Don’t overdo it since too much of a good thing is worse than not enough. The goal is to nourish the soil rather than the plants. Keep in mind that healthy soil equals healthy plants!

When choosing a soil amendment, there are at least four elements to consider: how long the amendment will persist in the soil, soil texture, soil salinity and plant salt sensitivity, and the salt concentration and pH of the amendment. Organic amendments’ salt content, pH, and organic matter can all be determined using laboratory testing. After that, the quality of bulk organic amendments for application in large-scale landscapes can be determined.