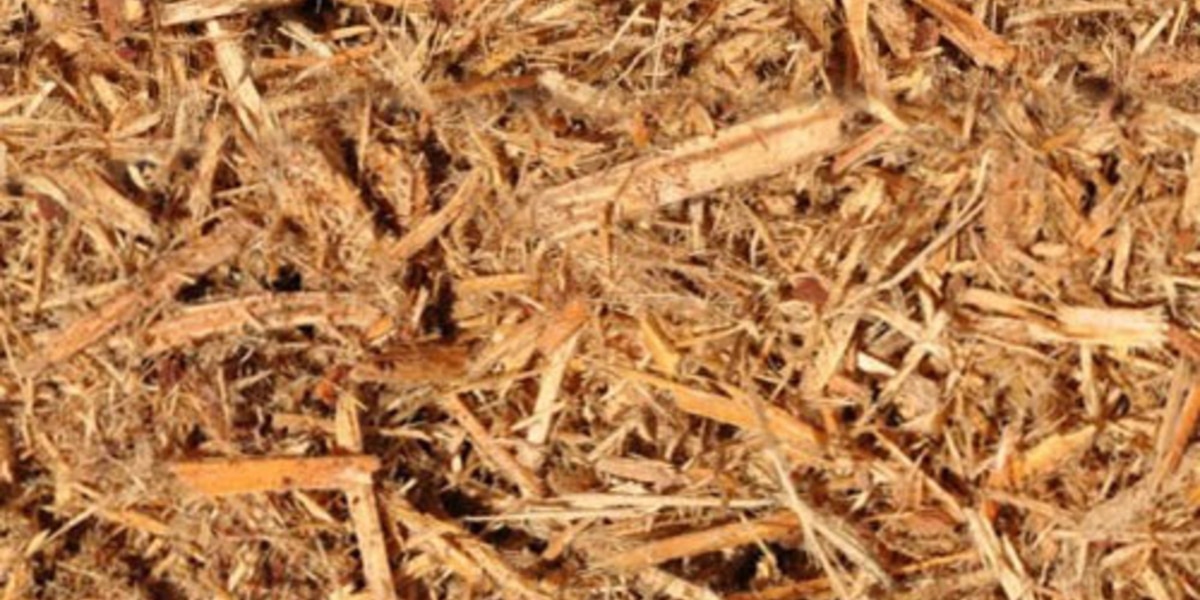 Cypress mulch is one of the most common types of organic mulch available in the market. Home improvement stores and garden centers sell either all-cypress mulch or a cypress mulch blend with other woods.

When compared to hardwood mulch, cypress mulch is frequently less expensive. Cypress mulch, on the other hand, is not the most eco-friendly or long-lasting mulch. Before you make a decision, weigh the benefits and drawbacks of using cypress mulch in your garden.

Cypress mulch, primarily found in Florida and Louisiana, was once a by-product of the logging industry. On the other hand, the growing need for cypress mulch has turned cypress tree felling into a different industry.

Cypress mulch in the vegetable garden

One of the most well-known organic mulches is cypress mulch. Depending on the cypress source, there are two varieties of cypress mulch. There’s mulch created from bald cypress trees and mulch made from pond cypress trees. The trees are shredded or ground into chips to form the mulch.

Mulches derived from cypress are often less expensive than other organic mulches and, to a significant extent, provide all of the benefits of mulching above. So far, it’s been easy to conclude that cypress mulch is excellent for your vegetable garden.

However, when it comes to employing them in the garden, all is not well. Some may claim that the disadvantages of cypress mulch in a vegetable garden outweigh the benefits.

Benefits of cypress mulch in gardens

Other advantages of cypress mulch are similar to those of wood mulch. Mulch prevents weeds from germinating because they need light, keeping them in the dark.

It keeps moisture in the soil from evaporating and drying out too soon, reducing the quantity of water required. Mulch keeps the soil cool as well. Mulch supplies nutrients to the soil as it decomposes.

Because the wood—provided it originates from old, mature trees—contains oils and substances like thujone, which work as insect repellents, cypress mulch can help manage insects like termites, cockroaches, and some species of ants.

Mulch prevents frost-heaving in the winter, which raises the soil caused by the pressure of a cycle of freezing temperatures and soil defrosting. Last but not least, cypress mulch offers lawns a tidy, well-kept appearance.

Because of its dense fibrous texture and weight, as well as the way it is shredded, cypress has an additional advantage over other wood mulches such as pine bark or cedar bark mulch or shredded hardwood mulch: the pieces stick together and don’t dislodge in heavy rain, which is why it is often sold as “no-float mulch.”

Cypress mulch adds nutrients to the soil as it decomposes. Some mulches, including shredded newspaper, don’t have this problem. The additional nutrients provided by cypress mulch are beneficial to most plants.

Both lawn clippings and compost are organic mulches, but neither is as good as cypress mulch for preventing weeds. Lawn cuttings frequently include grass or weed seeds, which germinate in the mulched area.

Organic compost is a great way to contribute nutrients to the soil, but its rich nature makes it ideal for weed growth when used as mulch. Cypress mulch inhibits weed development and prevents airborne seeds from germinating in the soil. Another advantage of cypress mulch is that it repels weeds, insects, and reptiles.

Cypress mulch is an aesthetically pleasing soil cover that is far more appealing than crushed newspaper mulch. When it’s fresh, it also has a distinct, pleasant aroma.

Cypress mulch weathers to a gentle gray tone, which is typically regarded as a desirable feature. Other mulches may blow away or wash away over time, but cypress mulch is more likely to stay put.

After heavy rains, pine bark mulch, in particular, tends to float away. As a result, cypress mulch does not require as much reapplication as other mulches.

Mulching has several advantages, including retaining water, so plants do not dry out quickly. This benefit isn’t as long-lasting as cypress mulch. Initially, the wet cypress allows some of its water to reach the roots of plants, so nourishing the roots, as one would expect from organic mulch.

Another advantage is that the wet cypress reduces soil moisture evaporation to a significant amount. The cypress’s tendency eventually removes the ability to manage water in the soil for soaking up a lot of water. This diverts water away from the plants that use it the most.

When the cypress mulch dries off, the greatest threat emerges. The water-retention abilities are no longer present. It can only repel water at this point, making it useless to plants.

The average time between re-applications is 2 to 5 years, depending on the thickness of the wood. Take note that cypress wood chips last longer than cypress shredded mulch.

If mature trees are utilized to generate the mulch, the natural oils and resins in the wood repel insects such as termites.

Cypress mulch is a great-looking soil cover that is more beautiful in the garden than most mulching products. It has a distinct and refreshing scent that gives your garden a fragrant sensation.

Because of its dense composition, the mulch will not be blown away by strong winds or float away in heavy rain. As a result, you won’t have to reapply the mulch as often.

​​Many cypress trees in America’s swamps and wetlands are being cut down for mulch since they take around 100 years to grow. Wetland ecosystems have been severely impacted by overharvesting without replanting, forcing many animal species to relocate.

Because of the fast deforestation, cypress mulch is currently produced in the form of bark chips from immature cypress trees. The rot- and pest-resistant properties of mulch generated from mature trees are not present in these bark chips.

Mulch should also balance carbon- and nitrogen-rich elements to be genuinely beneficial to plants and soil. Because cedar wood chips are mainly carbon, they remove nitrogen from plants during decomposition, leaving them nutrient-deficient.

Since it is organic, Cypress mulch can catch fire more quickly than inorganic mulches. Gardeners in high-risk areas should take extra precautions.

The qualities of cypress mulch that keep it from floating can be detrimental to your garden. It can hinder water from reaching the soil and reaching the roots of your plants since it is so fibrous and absorbs and holds so much water on its own.

Cypress mulch that has been roasted in the hot sun can become so dry that it repels water rather than absorbing it, resulting in water running off elsewhere rather than seeping through the mulch and into the soil during a strong downpour.

Cypress is not eco-friendly.

In Florida, Louisiana, and other southern US states, cypress logging has devastated the tree’s population, leaving woods barren and vulnerable to alien vegetation. Excessive clearing has ravaged wetlands, destroying ecosystems and wildlife in the process.

If cypress trees are replaced at all—which they frequently aren’t because the site is planted with pines for future logging—cypress populations can take decades to recover.

The use of cypress mulch is not recommended by several environmental advocacy groups and colleges in states where cypress populations were historically significant, such as the University of Florida’s Florida-Friendly Landscape Care and the Louisiana State University Agricultural Center.

If you’re interested in the insect-repellent characteristics of cypress mulch, keep in mind that only mature trees have them. Because natural cypress forests have been destroyed, and younger trees in their place lack those traits, it’s highly unlikely that the cypress mulch you buy comes from old trees.

While cypress mulch is commonly available, consider it if you want to use it as an environmentally conscious gardener, especially because there are other goods and far more sustainable mulch alternatives.

There are many other environmentally friendly alternatives to cypress mulch. Choose a tree-based mulch such as pine bark, mixed hardwood mulch, or eucalyptus mulch for long-lasting mulch.

It comes from trees in South and Central Florida, just like cypress mulch, but eucalyptus is produced expressly for mulch, and the trees grow considerably faster than cypresses.

The optimum mulch for your garden or yard will be determined by several criteria, including the needs of your green area, your aesthetic preferences, and the amount of labor you want to put into keeping it.

Pine bark mulch is made from the bark of a pine tree. This is a highly effective, completely biodegradable, and environmentally friendly product. The brown tint, which mixes in nicely with the soil, is simple to fall in love with. It decomposes slowly, similar to cypress mulch, making it ideal for perennial veggies.

Straw mulch is created from dehydrated pine needles and I a particularly environmentally friendly product for vegetable gardens. They’re ideal for crops like cabbage and broccoli that thrive in colder soil temperatures.

Cedar tree shavings make fantastic mulch for a garden. It has a strong smell that repels mosquitoes and bugs from the garden, retaining moisture and safeguarding the garden from the threat of ugly weeds.

If you buy cedar shavings in a store, ensure the package states they are 100 percent natural. Chemically treated cedar shavings would leach dangerous chemicals into your garden’s soil.

Mulching with dried coconut husk is one of the greatest alternatives to mulching with tree bark or shavings. Coconut husks are second to none regarding water retention and release of the stored water into the soil.

This makes them an excellent choice if you don’t want to waste your garden’s limited water supply. As a result, if you use this as mulch, you won’t have to water your crops as often. It’s also the ideal mulch for potted and container plants. It’s also ideal for indoor planting because it lacks odor and smooth texture.

Why is cypress mulch banned in some areas in the US?

Bald Cypress and Pond Cypress are two of the more than 12 types of Cypress trees that thrive in North America and are often used to manufacture mulch.

These trees are found primarily in Florida’s lowlands and wetlands, and they play a vital role in the ecosystem. These trees provide cover and nesting areas for wildlife and help to maintain a natural habitat.

The roots of these cypress trees also help filter the water in the low-lying places where they thrive, which benefits all living creatures, not just the fish and wildlife that live there.

Both the Bald Cypress and Pond Cypress trees take more than 30 years to mature, and because these trees are difficult to grow from seed, they are being harvested quicker than they can be regrown, putting the ecosystem at risk.

Because the enormous mature trees are being harvested, wildlife is being forced to flee the region in search of other homes.

Cypress mulch is prohibited in portions of Florida and Louisiana due to this and the lingering harm caused by logging. In some regions, harvesting mature trees is forbidden.