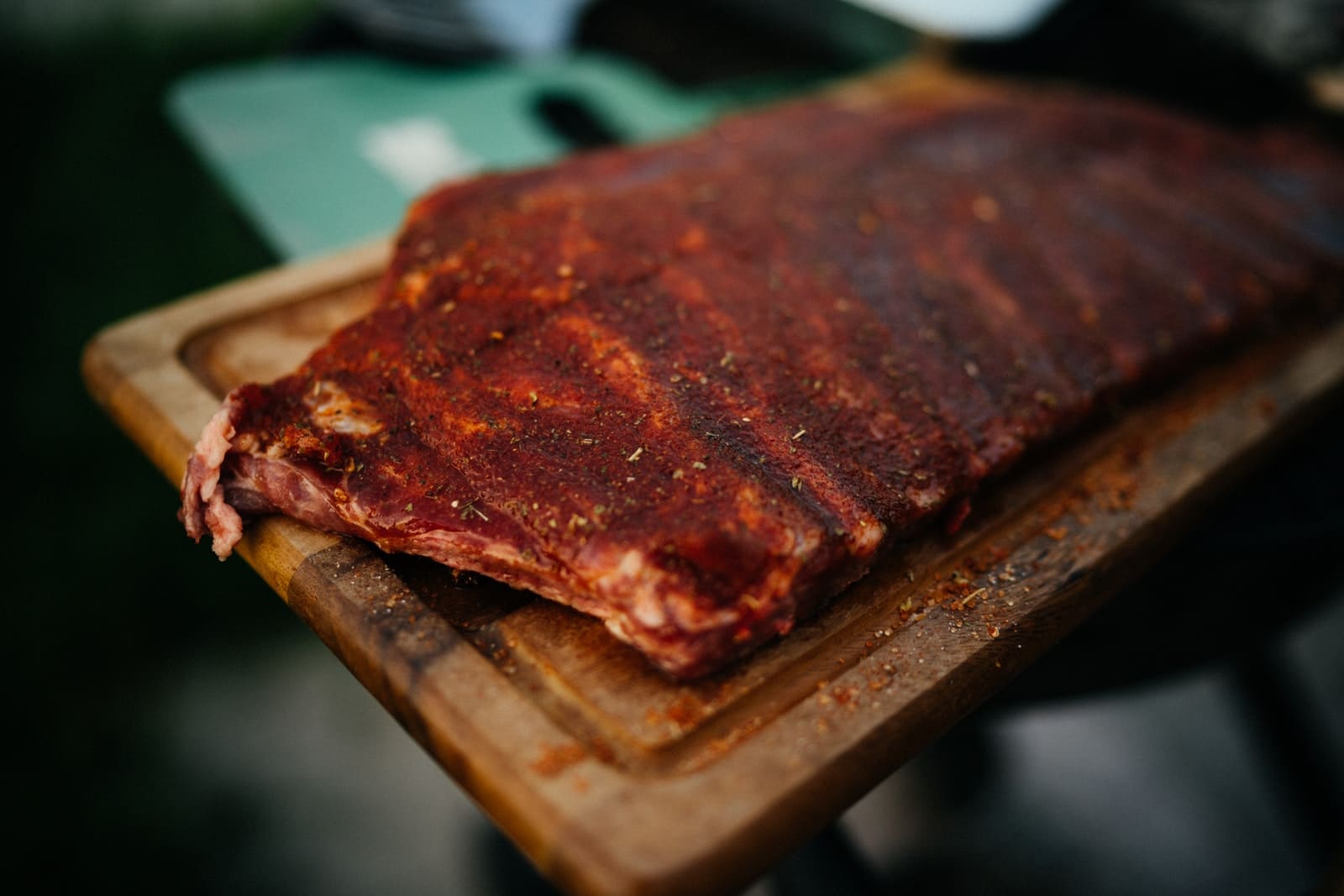 Grilling the perfect rib is more difficult than it appears. You don’t want your ribs to be rough, chewy, or undercooked. One method is to boil the ribs before grilling them.

Every recipe necessitates some knowledge and abilities, and practice leads to perfection. The same is true with grilling ribs.

You’ll be better able to decide if you understand why some cooks like to boil their ribs before grilling and why others don’t.

Ribs: To boil or not to boil?

Why would a chef boil ribs before grilling them? And, what are the best ribs to grill? These are just a few of the questions that everyone has when it comes to grilling ribs.

To address the subject of boiling ribs before grilling, I’ll discuss the best types of ribs to grill, how to tenderize ribs, and how to grill ribs to perfection.

Grilling ribs: Which ribs are best?

When most people think of ribs and BBQ, they think of pig spareribs. However, baby back ribs and St. Louis ribs are also available (a neater version of spare ribs).

Baby back pig ribs are ideal for grilling or smoking since they cook quickly and easily. Because of the exceptional quality of the meat, it is the most expensive variety of ribs.

Many cooks choose to grill spare ribs and St. Louis-style ribs since they have less meat on them.

Grilled or smoked beef and lamb ribs are also available. They aren’t as popular as pork ribs, but a decent piece of lamb riblet is fine with me!

In this article, I’ll be referring to pork ribs because they’re the most popular type of ribs to grill when grilling for friends and family.

Why do some chefs boil ribs before grilling them?

Boiling meat before grilling or cooking is one method for tenderizing it. Ribs can become difficult to chew. To avoid this from occurring, some cooks may boil their ribs before grilling them.

Ribs are fatty, therefore, cooks like to boil them before grilling to render the fat. However, in the long run, this may cause the meat to dry up. Boiling ribs also makes it much easier to strip the membrane or inner skin, which some cooks believe causes ribs to be harsh.

When you boil ribs before grilling them, you save time on the grill, especially if you cook for a large group. Any meal that has been parboiled is semi-cooked, so when you put your ribs on the grill, they will be halfway done.

Why do some chefs not boil ribs before grilling

On the other hand, some cooks avoid boiling any meat before grilling it. If you want properly cooked ribs, your skilled griller will tell you that you must be willing to put in the time, patience, and expertise.

According to these chefs, boiling ribs before grilling them is a cheater’s approach to cut down on time spent barbecuing ribs. Aside from that, they claim that cooking ribs destroy their great qualities.

The other risk of parboiling ribs is that the smoke will not reach the meat, resulting in losing the famed “smokehouse” characteristics associated with BBQ ribs.

To bolster their case for avoiding the boiling phase entirely, these chefs will inform you that your ribs could easily get overdone or taste rubbery, mushy, or simply horrible!

Now that you know why some cooks boil ribs and others do not, let’s speak about how to tenderize ribs before grilling.

1. Bring a pot of water to a boil before grilling.

If you’re one of those people who boils ribs to tenderize them, you should know how to do it properly so you don’t destroy your ribs. Let’s have a look at your options for completing this step:

To keep ribs moist and tender, most chefs recommend bringing them overnight. This entails creating a salt and water solution and putting your ribs to it. To prepare the brine solution, mix one cup of salt into one gallon of water.

Some chefs boil this solution, while others dissolve the salt in boiling water before adding the ribs. The ribs are then refrigerated overnight to let the bringing work its magic.

If you’re a daring cook, you can season the brine solution with mustard powder, peppercorns, chilies, cloves, and anything else that strikes your fancy.

Marinades, especially those containing vinegar, are an excellent way to tenderize ribs. Apple cider vinegar and white vinegar are recognized for tenderizing meats, including both in your marinade mix.

The ribs are marinated in the sauce for up to 24 hours in the fridge. Marinades not only tenderize tougher types of meat, but they also impart deep, rich tastes.

Another option for tenderizing ribs before grilling is to simmer them. This approach not only results in tender meat but also adds moisture and flavor. Fill a roasting pan halfway with water and add apple cider vinegar or beer.

Cover with aluminum foil after adding the ribs.

Place the roasting pan in a 350°F preheated oven and steam the ribs for about an hour. When finished, remove from the oven and place on a hot grill for about 30 minutes.

To ensure even cooking, flip the ribs a couple of times. It’s best to remove the membrane from the ribs before steaming to get the most out of this method.

5. Smoke ribs rather than grilling

You’ve decided to grill your ribs, which is a perfectly acceptable method of preparing ribs. However, smoker enthusiasts will tell you that smoking ribs rather than grilling them is the best way to ensure tenderness.

Low and slow cooking is one of the best ways to tenderize meat, and every smoker user understands that smoking requires low, steady temperatures and patience. Ribs can be cooked in a smoker for six to eight hours.

Isn’t it why you chose to grill your ribs? Some folks may think it’s insane to wait nearly an entire day for tender ribs. While smokers can be an excellent way to make the smokehouse-style ribs that we all crave, using one requires commitment.

So, if you insist on grilling your ribs, prepare properly for the best results.

Tender ribs: How to grill them

Let’s talk about how to grill ribs. So they’re moist, tender, and, most importantly, flavorful. If you want to wow your guests and family with your grilled meats, prepare them ahead of time.

The first step is to decide whether or not to remove the membrane. The ribs should be marinated or brined in a brine solution or marinade overnight. Prepare the meat rub the next day and apply it to the ribs.

Before laying the ribs on the greased racks, get your grill set and hot. Keep the lid on the grill for the first hour, flipping the ribs once every 30 minutes.

This allows the ribs to be cooked gently over indirect heat. If the grill temperature rises above 200°F, the ribs will become tough and chewy.

Remove the lid after one hour and cook the ribs for another 40 to 60 minutes. This is the moment to brush the ribs with a basting sauce. Flip the ribs over a few times to achieve equal cooking.

Remove the ribs from the grill and set them aside for another 20 minutes. This allows the juices to settle and keep the meat juicy. Serve to your visitors in bite-sized portions.

Every cook has a favorite method for cooking ribs. Some people prefer to boil their ribs before grilling them, while others prefer to steam, marinate, or use a brine solution to tenderize their ribs.

I always recommend that you try each method and discover which one you prefer. After all, cooking is supposed to be an escapade, and you can have fun experimenting with various methods and recipes.