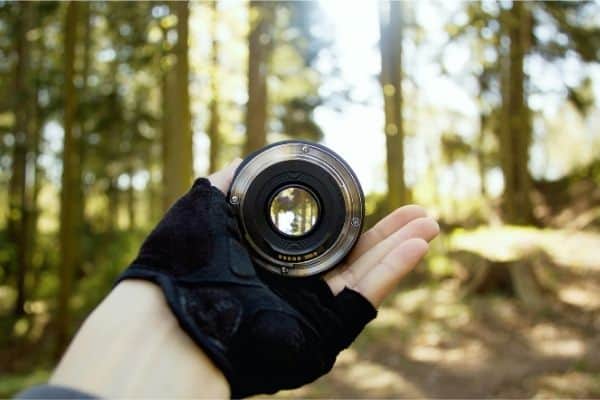 Who doesn’t like stargazing at night! But it can be a very expensive hobby. So if you are on a tight budget and still want a decent telescope for stargazing then a 50mm telescope is the best option for you.

With a 50mm telescope, you can see Mercury, Moon, Venus, Jupitar and its 4 moons, Mars, Saturn, Orion nebula, and lagoon nebula.

In the rest of the article, I’ll explain what you can expect to see with a 50mm telescope in details.

How Much Magnification You’ll Get From A 50mm Telescope?

If you buy a 50mm telescope, it is most likely to come with a few eyepieces. These eyepieces are really important because they will determine the amount of magnification you can achieve with your telescope.

The magnification of a telescope can easily be determined by using a simple formula given below.

If you add a 2X Barlow lens to a telescope having 360mm focal length and a 20mm eyepiece, then 36X magnification can be achieved.

In order to properly observe distant planets and other objects in the solar system, having a clear sky is mandatory. A cloudy sky or light polluted sky will affect the clarity of the image significantly.

Therefore, a clear sky and a place free from light pollution must be selected to produce the utmost picture quality.

Objects You Can See Within The Solar System

You can observe most of the planets within the solar system with your 50mm telescope, assuming you have a clear sky and a good quality eyepiece. Planets and satellites you will be able to see are:

As mercury is the closest planet to the sun, we won’t be able to see much of it. Mercury will merely be visible as a speck.

Possibly the best time to observe Venus is when it is farthest from the sun. Venus will appear to be very small on our telescope. We will be able to see the phases of the Planet Venus.

In a perfect scenario, we may also be able to see Jupiter’s four moons.

Mars will barely be visible to us. We may be able to see Mars as an orange dot with no significant terrestrial features.

Saturn is most probably the prettiest and most distinguishable planet in our solar system because of its ring. Though Saturn will appear to be very small, we will be able to see its beautiful ring.

Lagoon and Orion nebula will also be visible if we observe them in a clear and unpolluted night sky.

Producing a good image using a low-spec telescope is not a particularly hassle-free and easy task. You need to adjust the focus perfectly to observe distant planets, which can take more than one attempt.

As mentioned above, the environmental factor plays a crucial role in stargazing. So choose your place wisely, away from light pollution. And stargaze only when you have a clear sky.