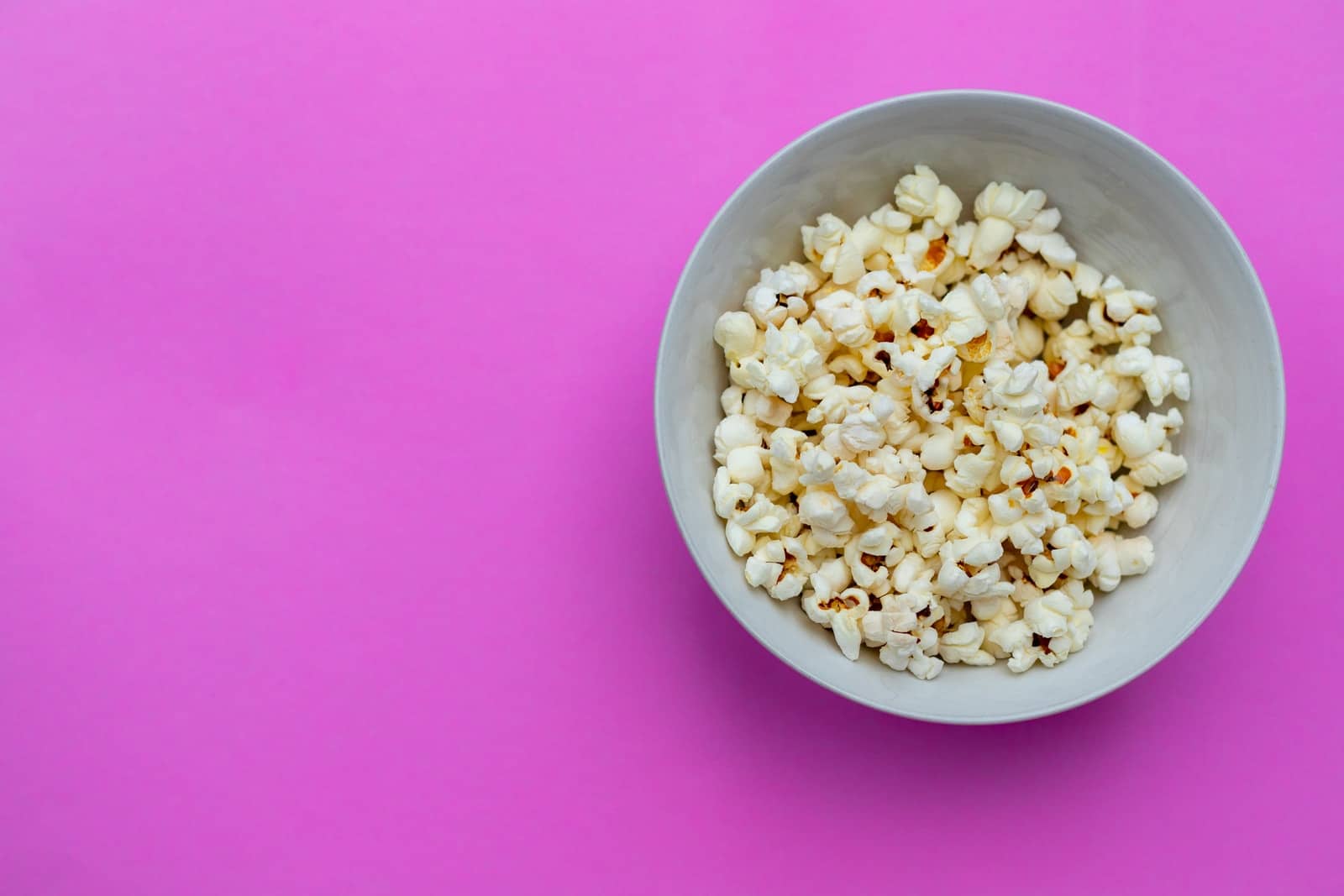 Popcorn is a great snack to munch on while watching movies. It is also super easy and convenient to make. However, the question is, does it go bad? If yes, how long does it last?

How are popcorn kernels made?

With high heat, it can be popped and turned into popcorn. This happens because of the variations in the inside and outside pressure caused by the difference in moisture from heating. Around 15-20% of moisture is required in order to pop/These pressure changes cause physical reaction.

Note: Without a popcorn maker, a high-quality popcorn oil must be used.

What is the shelf life of a popcorn?

Due to other additives, microwave popcorn has a shorter shelf life. To lengthen its shelf life, do store it in a tightly sealed bag to prevent air or moisture from triggering staleness. Shelf life varies per type.

Two to four weeks if left open. Once you open the package, the shelf life drops to one to two weeks.

Note: these should be stored away from direct sunlight and moisture

While microwaveable popcorn packages contain kernels, they don’t keep as long as plain kernels. Manufacturers pack microwavable popcorn with oils, which won’t taste good over time. Best if consumed before the expiration date, but can still be consumed 3 months past that date.

What type of seasoning used affects the shelf life. To retain freshness, better store it in an airtight container.

Better consumed within six months to a year of getting them. As time goes on, popcorn kernels lose the moisture inside that makes them pop. They would also lose their fluffiness.

How to properly store popcorn kernels according to type

In the case of microwave packets, follow the product label recommendation—whether it should be stored in the fridge or not. When storing in the fridge, place it in its original packaging, and find a spot away from the door, preferably at the bottom shelf. Prior to using it, take it out of the fridge at least half an hour to let it adjust to neutral temperature. You can also make use of a hot air popper machine.

Even if it is past its expiration date, you can keep this type of popcorn in its original packaging. You should note though that upon opening, it will slowly lose its quality. Do the same storage steps (using airtight containers) for the leftovers.

Why does popcorn go bad?

Popcorn goes bad when not stored properly. It is because of the moisture content in the kernel. In fact, water comprises around 15% of the kernel. The kernels dry out when not stored in an airtight container at neutral temperature. Storing it in the fridge is also a big no as this will cause kernels to dry out. The pressure and steam inside the kernel cause it to pop into the popcorn, without it, it will not pop. Popcorn that stays under the bowl does not pop due to lack of moisture and pressure.

How to know if a popcorn has gone stale

Will popcorn last longer when stored in the fridge and freezer?

There are no proven benefits of storing popcorns in the freezer or the fridge. Hence, these do not prolong popcorn’s shelf life. Instead some practices must be followed to maximize popcorn’s longevity.

Signs that popcorn have gone bad

Here are some signs that show a popcorn is no longer edible:

Upon sniffing the popcorn or kernels, discard it right away if you smell a moldy or rancid oil scent.

Rub a few popped kernels in your finger. Look for signs of uneven spice distribution or  irmer feel. If you do, this is an indication that the popcorn is now tasteless, but may still be consumed.

Change in oiliness or saltiness

If you can feel the typical buttery taste, the popcorn is still safe to consume. If after trying one or two and you feel a different type of oiliness or saltiness, better not continue eating it.

Bugs may be present in your popcorn especially if you were not able to seal it properly. Upon signs of infestation, discard the item immediately.

Whether it is black or while mold, do not pop them and just throw it away. Never attempt to separate the “non-moldy” and “moldy ones”. Instead, throw all of the popcorn away and just buy a new one.

How to extend popcorn’s shelf life

The key to extending popcorn’s shelf is to prevent moisture loss. Here are other ways to do this:

Add water in the container

To prevent kernels from drying out, add one tsp of clean, cold water for every 454 grams of dry kernel in a container. To distribute the water content, shake it well, and pop a portion after a week. This will retain the freshness of the kernels.

Make use of a dehydrator

A dehydrator is effective for popcorns which are exposed to too much moisture or accidental spills. You should preheat the kernels and arrange them on the tray. Expose the kernels to 130F or 54.5C temperature for 10-15 minutes. Once cool, place it back in a dry container.

Another alternative you can do to make popcorn last longer is to freeze it. Just make sure you follow these steps:

Can an expired microwave popcorn still be consumed?

Technically, the date in the microwave popcorn label is a best-by, and not an expiration. Hence, you can still consume it past that date. However, for quality and taste purposes, eat it within 6-8 months of that date, and not beyond. Also look for signs such as odd smell and taste. If you notice a rancid odor or taste, throw it away.

Is it okay to re-pop popcorn?

It is not uncommon that some kernels won’t pop. In the case of microwave popcorn where some did not pop due to lack of cooking time, you can place it again in the microwave to continue the cooking process. Just do not overdo it, or else you’ll end up with a burned popcorn with a smell that would be so hard to remove.

What causes popcorn kernels to not pop?

Popcorn kernels may dry out because of improper storage. This leads to lack of moisture which is then the reason why kernels do not pop. Aside from the moisture loss, another reason is super hard shells. This unevenness in quality makes it difficult for kernels to pop.

Popcorn is a snack that never runs out of style. It is always a good idea to munch on something whether you are watching movies or studying. One of the triggers to popcorn going bad is the moisture. Make sure to store it in an airtight container to extend its shelf life.