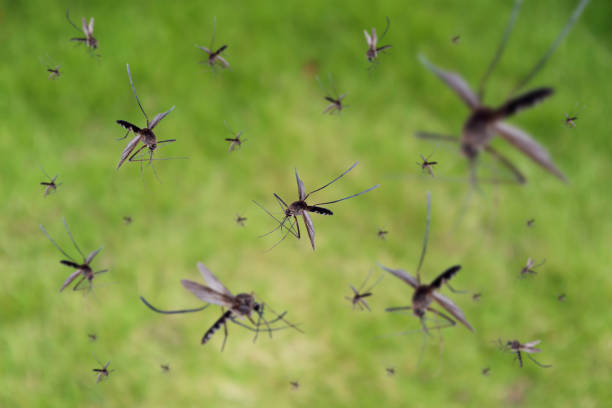 Do you know how fast a mosquito can fly? If you’re like most people, you probably don’t. But believe it or not, mosquitoes are quite fast! They’re one of the fastest insects in the world. So how fast can a mosquito fly? Read on to find out!

How fast can a mosquito fly

The average mosquito can fly at a speed of 1.5 miles per hour. However, some mosquitoes can fly up to 2 kilometers per hour! While this may not seem very fast, it is quite fast for an insect their size.

Why do mosquitoes fly so fast?

This is even though a mosquito’s wings can beat anywhere from 300 to 600 times.
The reason behind mosquitoes’ unusual flight behavior has long puzzled scientists.

The angular sweep of their wings is around 40 degrees, much larger than that of other flying insects.

What is the flight range of a mosquito?

Mosquitoes have an average maximum flight distance of 50 m and 50 km, depending on the species. Prevailing winds strongly influence long-distance or migratory flights.

Can you outrun a mosquito?

You may be able to outrun a mosquito, but running attracts more. Run in the breeze or rain* to avoid the pests, and use an EPA-approved repellent.

The best chance of swatting a mosquito

According to the researchers, the fast fluttering of the mosquito’s wings accounts for 61% of the total force required to take off. Only after the insect’s wings have begun to beat rapidly does it straighten its long legs and gently push off the platform.

So, if mosquitoes are attracted to you, whether you catch them in the act or they are on a wall waiting to bite you again, this is when you want to swat them.